If this week’s back-and-forth over the length of the spring test wasn’t enough, more drama regarding ISTEP+ emerged Thursday morning.

A number of schools encountered technical troubles during the second round of statewide readiness tests, or “stress tests” around 10:20 a.m. Thursday – just like they did during the first round in January. This time, the majority of computers froze up about 20-25 minutes into the online testing period. 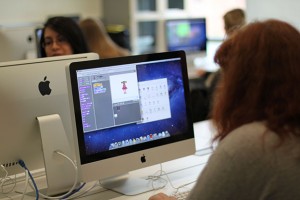 This is the second time tech troubles have plagued Indiana students during ISTEP+ stress this year. (Photo Credit: WSU Vancouver/Flickr)

Mitchell Community Schools technology director Sam Klawitter says this is at least a small improvement, but that he obviously still has concerns.

“It was not pretty, but not as catastrophic as last time,” Klawitter says. “Almost all of our students were able to limp along and were able to complete all 20 questions. We powered through and kept students in labs and classrooms beating on it until they were able to finish.”

Thursday’s test was originally supposed to take place a few weeks ago, but was rescheduled after the original failures.

ISTEP+ technology has been watched closely since 2013, when 78,000 students taking the actual graded test experienced disruptions.