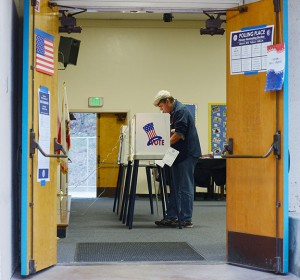 A voter stands in a voting booth.

Voters in seven Indiana communities will go to the polls in May to decide whether they’ll raise their own property taxes to raise money for schools.

Below is a full list of districts seeking to pass a referendum — and what they’re asking for.

According to the Indiana Department of Local Government Finance, here are the three districts asking voters to pass construction project referendums:

And here are the four districts seeking a “school tax levy referendum,” which would provide new general fund dollars for day-to-day operations:

Why do these districts need the money? Take a look at this story — and this video might help too: