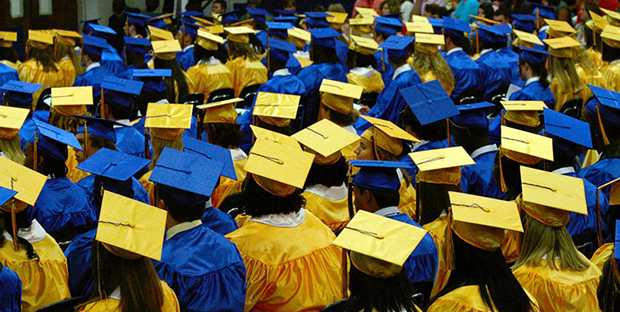 Indiana’s rising graduation rate — it jumped to 85.7 percent in 2011 — has also raised questions about the number of students who are receiving high school diplomas without passing required statewide tests.

This legislative session, Rep. Bob Behning, R-Indianapolis, wants to do something about it.

Behning, the chairman of the Indiana House’s Education Committee, has filed a bill that would require high school students who don’t pass the required End of Course Assessments in Algebra I and English 10 to fulfill additional requirements to earn a waiver. If Behning’s bill passes, a student hoping to earn a waiver diploma would have to either…

Behning’s bill would also require students whose graduation is in jeopardy to meet with their parent and counselor to “discuss available remediation and plan to meet the requirements necessary for a graduation waiver.”

The bill would mostly affect urban school districts, where rates of waiver use tend to be higher — often out of necessity. As Elliott has reported:

Waivers, White said, are a legal avenue to a diploma under state law, and students who qualify have every right to use them.

“Nobody has more issues and challenges than our kids,” he said. “It’s a way to get more of them to graduate. They have met all the requirements and earned the credits to graduate.”

However, in a second interview with The Star, White acknowledged that IPS’ state-leading 26.7 percent of seniors districtwide using waivers to graduate last year was “unacceptable.”

Behning told The Star lawmakers created the graduation waiver “to help students in very rare and specific circumstances,” but some observers point out waiver use has become much more widespread.

“Students in IPS need waivers because students in IPS know that students in IPS are given waivers,” StateImpact commenter Karyn wrote. “Kids who absolutely have the knowledge necessary to pass the test don’t do so because they just refuse to put any effort into it.”

“It’s a loophole in the law that gives a kid a diploma, but doesn’t give them the knowledge that comes with it,” says Jay Kenworthy, communications director for the advocacy group Stand for Children Indiana. He told StateImpact in an interview:

Rep. Behning has a bill that attempts to close some of those loopholes… Waivers won’t go away because there are some kids who will legitimately not do well on tests, for example, maybe they’re just not good test-takers. Maybe they’ve been absent a lot around the test or something like that that makes it problematic. We don’t want to get rid of waivers altogether, but tightening up the rules so that they just can’t be handed out willy-nilly is important to us…

The system is definitely imperfect, but nobody’s going to look at the End of Course Assessments and say, ‘This assessment is way too hard, we should give kids a pass who haven’t earned it.’ If we want to look at ECA’s going forward, that’s something we can do. We believe in lining assessments up to actual standards and classroom learning. So we support the Common Core standards… but that’s a separate issue than saying we ought to give a bunch of kids diplomas that don’t have any academic learning behind it.

Scott Elliott also has this analysis of testing in Indiana that’s worth a read. What do you think of Behning’s idea to limit the use of graduation waivers? Let us know in the comments section.