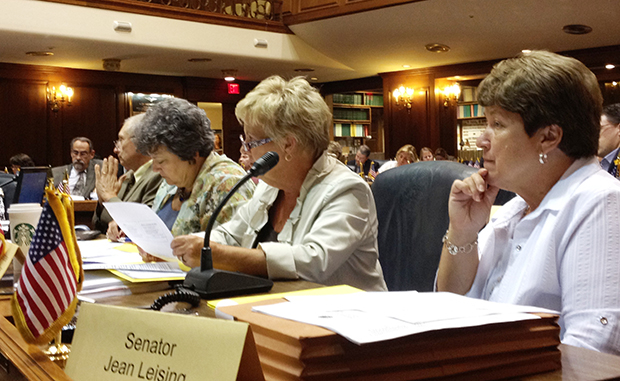 Legislators discuss Indiana's new teacher evaluation law, which passed in 2011. The chairman of the Senate Education Committee says it's likely the legislature will slow the pace of education overhaul during the 2013 session.

Instead, Sen. Dennis Kruse, R-Auburn, predicts the pace of education overhaul will slow in 2013.

“I think we just need to be a little slower and more cautious and maybe even go back and make some changes on those laws that we made, particularly in 2011,” he says. “I think there’s some potential improvements we need to make in some of those areas. So I think we’ll be looking more at what I would call just regular education bills. I don’t think we’re going to have any earth-shaking bills this session.”

State legislators have pursued many education initiatives in the last four years under the direction of Superintendent Bennett and Gov. Mitch Daniels. Ritz’s defeat of Bennett has created a great deal of uncertainty about what’s next for Indiana schools.

But even before the election, Kruse and other Republicans told StateImpact it was time to slow down and assess recent changes. On Tuesday he outlined legislative priorities for the 2013 session.

I think we’re gonna take another look at Common Core and have a hearing on that to make sure we’re headed in the right direction there because there’s a bunch of people that are kind of being cautious about that. I think the new superintendent is even cautioning that herself as well as A-F accountability. I think she’d like to see changes there as well.

On working with Ritz to improve third grade reading scores:

I think we need to try to find some common ground on how to advance reading because I don’t want to lose the idea that kids need to be able to read at a third grade level in third grade. … If she has something that’s an alternative that’ll work just as effectively and be just as good then I’m open for that. I don’t think the IREAD system is the only one that can work and be effective.

On whether superintendent of public instruction should be an elected position:

I think there will be another look at that. Whether somebody introduces a bill this session or not, I don’t know if they are, it wouldn’t surprise me if somebody does introduce that bill, but if it does get introduced and get a hearing, I think definitely it has to not take effect until after Glenda Ritz’s term is over, so it’d be the next election, almost four years later would be the first time it would move from elected to appointed.