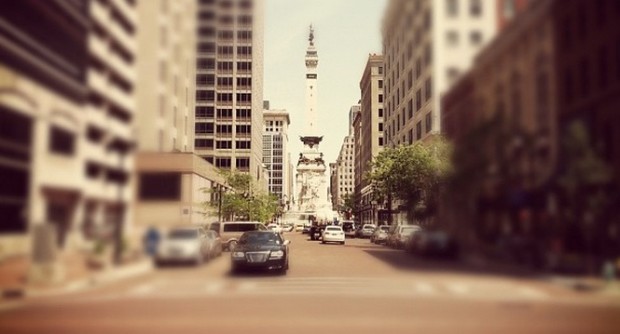 The Walton Family Foundation has announced it will up its investment in Indianapolis organizations that support vouchers and charter schools.

If there’s anyone left who doubts Indiana’s standing as a national hotbed of “school choice,” reconsider those doubts.

The Walton Family Foundation announced Wednesday it will give $3 million to Indianapolis organizations that support charter and voucher schools. According to a statement from the foundation, it’s Walton’s “largest single-year investment” in both Indianapolis and the state as a whole.

That’s a six-fold increase from five years ago, and a statement of the momentum on the side of efforts in Indiana to allow parents to use state dollars to attend an array of public and private school — much to the dismay of those who fear such efforts undermine traditional public schools.

“Indiana is certainly one of the top five states in the country right now in terms of its momentum in creating statewide education policies that expand publicly-funded choice for families,” Walton Family Foundation senior program officer Ed Kirby told StateImpact.

The Walton Family Foundation has become one of the most active contributors to school choice initiatives in the nation, giving more than $159 million nationally last year. While Walton’s planned 2012 contributions in Indianapolis are relatively small when compared to, for instance, the $25 million The Mind Trust has raised to support education overhaul, the increased “investment” is symbolic of growing national interest in Indiana’s charter school landscape.

Robert Enlow, the president of the Indianapolis-based Friedman Foundation for Educational Choice, says the Walton’s investment is “significant” and indicative of how the foundation does business.

“They come alongside groups that have done good work in a state, and when they see an environment like Indiana, they rachet up their investment to support the great work that is going on,” Enlow says.

The Mind Trust is one of the organizations which will receive grants from the foundation, which was started by Wal-Mart founder Sam Walton. Walton’s media statement also names the Indiana Public Charter Schools Association, the Indiana Department of Education and School Choice Indiana as recipients.

While officials with Indianapolis Public Schools have said they’re all for increased competition for student enrollment, many advocates for traditional public schools say increased choice sends resources — students, state dollars, public support — to charter and voucher schools that haven’t demonstrated they’re any better at teaching students than the public schools.

“We’re not investing in Indianapolis to support any particular school provider or type of school provider. Our interest is simply in opening up opportunities to parents.”
—Ed Kirby, Walton Family Foundation

“Our public schools have never before been subject to such a sustained assault on their very foundations. Never before were there so many people, with such vast resources, intent on dismantling public education,” blogs education historian Diane Ravitch at EdWeek. Ravitch has criticized charter and voucher schools, and says Walton is part of a “Billionaire Boys Club” in education philanthropy.

University of Illinois-Chicago professor Kevin Kumashiro writes for the American Association of University Professors that philanthropies such as Walton “emphasize the privatization and marketization of public education.”

“The result is a philanthropic sector that is inseparable from the business sector,” Kumashiro says, “advancing school reforms that cannot help but to be framed by corporate profitability.” 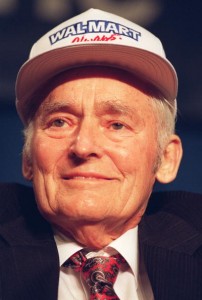 Sam Walton, the founder of retail giant Wal-Mart, and namesake of the Walton Family Foundation.

That concerns Indiana Coalition for Public Education president Vic Smith, who says he’s skeptical about the impact of private sector dollars on K-12 education. He believes “efficiency” in privately-backed schools will inevitably mean trimming back services for students for the sake of profits.

Choice proponents such as Walton dispute these claims. Ed Kirby says the Walton Family Foundation is upping its investment to help parents have broadened choice options and the ability to choose between higher-quality schools. Here’s part of his interview with StateImpact:

Our focus is unapologetically on the interests of parents. We’re not investing in Indianapolis to support any particular school provider or type of school provider. Our interest is simply in opening up opportunities to parents. If there’s anxiety among and across school providers, whether that be traditional Indianapolis Public Schools, or public charter schools, or private schools who struggle with enrollment and financial viability all the time, I don’t think that’s unhealthy. I think that’s part of competitive response. If, for example, there is a mediocre or low-performing charter school that is feeling the heat of competition and has anxiety about losing families and students to other schools, that’s a great thing in our book if that helps motivate them to perform at a higher level or take aggressive action that they hadn’t heretofore, that’s great.