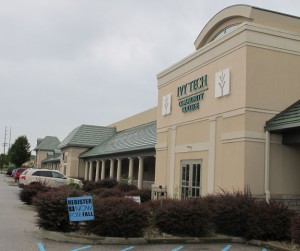 Because Ivy Tech has outgrown its permanent campus in Bloomington, the community college now offers classes in an off-campus shopping center. Their neighbors: a Mexican restaurant, office space for a defense contractor, and a private tutoring center.

Ivy Tech announced a plan Thursday to expand course offerings in Mooresville, where it has operated at the town’s high school for the past two years.

The statewide community college has outgrown that space, just as it has in other locations throughout Indiana.

“This expansion is a natural outcome of that successful partnership,” Town Council president George Watkins said in a press release. “I’m convinced that our citizens and community will continue to benefit from our ongoing relationship with Ivy Tech for many years.”

Classes will move from Mooresville High School to the Southbridge Crossing Shopping Center in spring 2013. Ivy Tech is working with the Mooresville Redevelopment Commission to turn an empty hardware store into four classrooms and two computer labs.

In total, the community group has pledged $885,000 to renovate and furnish about 9,600 square feet and wants to offer Morgan County residents scholarships to attend the community college.

Ivy Tech currently offers about 15 courses at Mooresville High School, but that number will increase to about 30 in the spring with the addition of more evening and weekend classes. As we’ve reported, a statewide space shortage has made for close quarters on the campuses of Indiana’s community college.

“Space has got to be a critical factor, but we were able to live within our space needs for the past four years,” Ivy Tech president Tom Snyder told StateImpact. “We are not going to be able to continue to do that.”

Enrollment at Ivy Tech has grown 70 percent since 2007. Officials estimate they’d need to build or lease about 800,000 square feet to accommodate the growth.