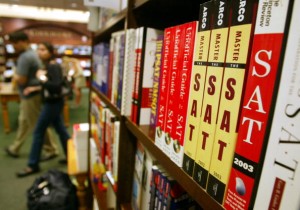 Earlier this year, teenager Sam Eshaghoff went on national television to describe how easy it was to take other students’ college entrance exams for them — all he needed was a fake ID. It was “easy money,” he said.

It appears the companies behind the SAT and ACT tests got the memo.

The testing companies recently announced that, starting this fall, all students will be required to upload a photo of themselves when they register for the exam.

The move comes under pressure from the New York district attorney who ordered the arrests of Eshaghoff and 19 others — including a current Indiana University student — for their involvement in a cheating scandal on Long Island.

But because the photos are then stored in a database visible to all high school and college admissions officials, some college counselors worry students’ physical appearance — in other words, their race — may now have inadvertently become part of the admissions process.

From The New York Times’ The Choice blog:

Some counselors worry that giving admissions officers access to photographs could put some students at a disadvantage while failing to prevent cheating among test-takers.

“I do fear that it could be a quick and easy way to make decisions based on looks,” said Terry Giffen, the director of college counseling at The Taft School in Watertown, Conn. “With a picture there, I think it opens a Pandora’s box. I see it as a way of using race in admissions”…

“I do think, in the Facebook age, kids are particularly sensitive to their privacy rights online,” said Will Cardamone, the director of college counseling at Manlius Pebble Hill School in DeWitte, N.Y. “I just don’t think that a student’s physical appearance should have anything to do with the college admissions process.” He added: “I shudder to think that it would.”

In addition to the photo requirement, a statement from the Nassau County, N.Y., district attorney’s office outlined nine additional changes, including:

“Test security will be enhanced by the latest web and photography technology,” said ACT Education president John Erickson in a statement, “while being reinforced by the people who know the students best — the teachers and counselors at their high schools.”

But are the new rules truly foolproof? USA Today writes:

Bob Schaeffer, public education director of FairTest: National Center for Fair & Open Testing, a longtime critic of the SAT, said the new procedures would still not prevent cheating if a student submitted an impostor’s photograph.

“The image on the registration form will match up with that of the person taking the exam so long as an equally phony ID is used at the test site,” he said.

But [Nassau County district attorney Kathleen] Rice argued that the follow-up report to the student’s high school, with the photograph, should deter most cheating.

“Knowing that’s going to be going back to their high schools, specifically their guidance counselor, that’s the backup check that’s going to prevent it from happening,” Rice said. She also said the photos would be kept in a database should any questions of cheating arise later.

What do you think of the changes? Do you think they’ll help tamp down cheating on college entrance exams? How widespread do you think the problem is? And what of the concerns that physical appearance could become part of the admissions discussion?