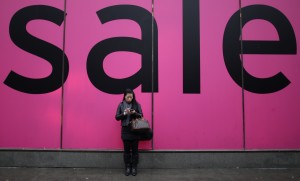 The best thing you can do to financially support your child’s education is spend money.

One of the common questions we hear is, “What percent of my sales tax goes to fund education?”  There is no actual way to clearly answer that question.  The majority of your sales taxes go into the state’s general fund.  Essentially, this is a big pile of tax money: sales tax, income tax, licensing fees — that sort of thing.  Once it’s collected, it’s then divided and spent on nearly everything for which the state pays money: education, road repairs, salaries, etc.  All told, K-12 education spending accounts for about half of the general fund budget.

According the State Budget Agency, the state will generate about $6.2 billion in sales tax revenue by the end of the 2011 fiscal year.  Indiana will spend about $6.5 billion on funding K-12 education.  The difference comes from other sources of revenue which contribute to the general fund. Things like income tax and licensing fees.

This system has caused consternation among Democrats in the statehouse, who say that tying education funding to economically unstable sources of tax revenue is irresponsible.  Near the end of the last legislative session, we spoke with Indiana State Senate Minority Leader Vi Simpson.

“We used to fund schools partially by property taxes,”said Simpson.” And so when there was a recession or a dip in revenue sources, property taxes were always stable. By putting the property tax caps in the constitution, we’re never able to go back to that as a safety net.”

Essentially, sales tax revenue goes up or down based on how much people spend.  So when you’re deciding whether to buy the three dollar tube of Colgate or the six dollar tube of Rembrandt, you’re actually making a tiny decision about the financial future of your child’s education.  Multiply that by each of Indiana’s six million residents, and every one of those tiny decisions begins to add up. If every Hoosier buys Colgate, then the state collects about $1.3 million in sales taxes.  If everyone shells out the extra four dollars for Rembrandt, then the total jumps to $2.5 million. A difference of $1.7 million.

Republicans have responded to Democratic complaints by pointing to what they call unnecessary construction projects which took advantage of the state’s property tax system.  President Pro Tempore of the Senate David Long actually used the term “Taj Mahals” to describe some school buildings constructed in the last few years.