With the down economy, everyone seems to be turning to gold.  Turns out Indiana University’s investment strategy isn’t that much different.  Indiana’s three biggest public university endowments have a combined $2.7 billion tied up in various investment strategies, most of that in the form of equity funds.  However, with last week’s U.S. credit downgrade, instability in the stock market, and a sell off in the equity market, what’s next for university endowments? 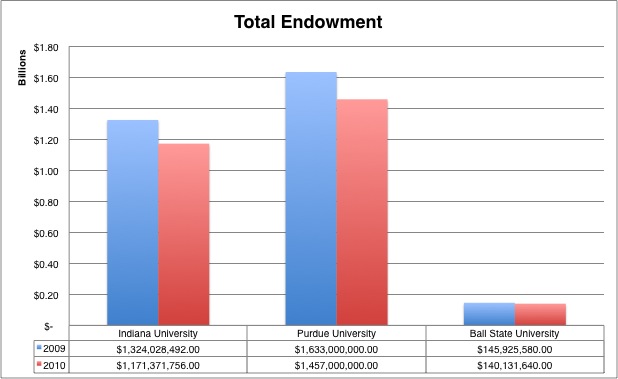 Nearly every university in Indiana, private or public, has some form of endowment.

IU Foundation Chief Investment Officer Gary Stratten expects to see schools turn towards things like gold, land, equipment and other tangible goods as a hedge against risk in financial markets.  He says the IU Foundation also plans to turn away from packaged assets like equity funds (think: a mutual fund for a huge institution) towards investments like stock which give the endowment more freedom to make bets on the market. 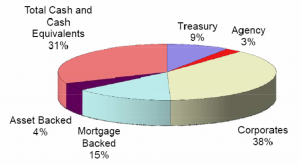 This it a 2009 breakdown of one Purdue investment portfolios.

Indiana’s college endowments have taken several hits in the last few years.  IU lost about $300 million on investments between 2009 and 2010. Purdue jumped on the mortgage backed securities bandwagon in a big way.  In 2009, one Purdue investment fund had as much as 15-percent of its portfolio tied up in so called “toxic assets.”

But where did all of this money come from in the first place?  Each of Indiana’s universities maintains an endowment or foundation which holds and invest the majority of charitable donations received by each of the schools.  Over the years, new donations have been made and investments have paid off.  At any one time, only a small percentage of an endowment’s available money is in a liquid or spendable form and that funding is used to cover scholarships and financial aid, research, specific program expenses and a slew of other major cost.