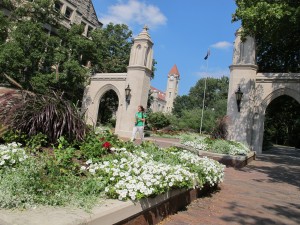 It turns out Indiana University isn’t exactly in the “cool kids club” — if that’s you think the Sierra Club’s cool, anyway.

The Sierra Club’s “America’s Coolest Schools” ranking unscientifically scored the environmental and sustainability credentials of 118 colleges and universities. IU came in at Number 81, in the bottom third of the overall rankings, and the worst of the Big Ten schools scored.

(Rankings out of 100, only six Big Ten schools returned surveys)

The rankings were based on a survey the organization sent to 940 colleges and universities nationwide, asking questions about the school’s “environmental achievements.” The Sierra Club scored the responses on a 100-point scale, with a “0” representing no effort to pursue environmental initiatives and a “100” indicating a school “at or near sustainability.”