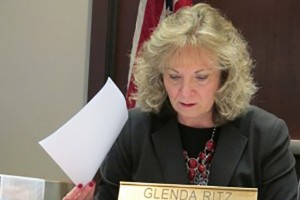 Indiana Superintendent of Public Instruction Glenda Ritz will make a “special” campaign announcement Thursday in Indianapolis and then travel to five other cities to repeat the message, according to the Facebook page of Ritz’s campaign.

The first announcement is set for 11 a.m. at Ben Davis High School in Indianapolis.

Spokespeople for Ritz did not responded for a request to comment Saturday.

In that statewide election, Ritz garnered 1,332,755 votes for superintendent. Pence, in a three-way gubernatorial race, got 1,275,424 votes. Ritz was the only Democrat to win a statewide position in the election.

Tensions between Pence and Ritz soon erupted into political fighting and accusations. Ritz accused Pence of “not seeking a power-grab, but rather a complete takeover” of state education policy in November 2013, months after Pence used his executive order to create a new education agency to support his appointees on the State Board of Education.

In February, Pence criticized Ritz’s leadership over the length of this spring’s ISTEP+ exam — the first assessment of new statewide math and English standards sought by Pence. The two quickly agreed on a plan to shorten the test.

During the 2015 legislative session, Republic lawmakers attempted to reduce Ritz’s education oversight through various bills. In the end, Pence signed a bill that requires the state education board to elect its own chair in 2017, instead of the state superintendent automatically taking that role.

“Indiana does deserve better,” Ritz said April 30 when announcing she was considering a run for governor in 2016. “Perhaps the power of Indiana’s politics will see balance after the 2016 election.”

Two other Democrats have already jumped in the 2016 race: John Gregg, a former Indiana House speaker and Pence’s 2012 challenger, and State Senator Karen Tallian of Portage.

Dates for Ritz annoucements, according to Ritz 4 Education campaign: