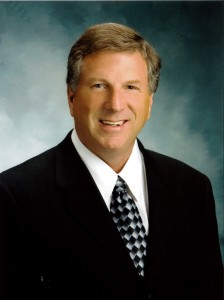 Earlier this week, Gov. Mike Pence, Senate President Pro Tem David Long, R-Fort Wayne, and House Speaker Brian Bosma, R-Indianapolis, announced their new appointments to the State Board of Education in response to legislation passed this session allowing the lawmakers to reconstitute the board at once.

Over the next few days, we at StateImpact will profile the five new members, explaining their professional backgrounds and what they hope to contribute to the INSBOE. We start with former Fort Wayne superintendent Steve Yager.

Yager says when Sen. Long approached him to serve on the board, he made one thing very clear.

“We had a very frank discussion and I wanted to make sure that there weren’t any real political issues that would be expected if I were appointed,” Yager says. “Making sure that I could make educational decisions and not have to worry about politics.”

Yager says he hopes his decades of experience in schools will help him make policy decisions regarding the ever-changing education landscape. From the time he started teaching until his retirement last summer, Yager witnessed a dramatic overhaul of how teachers and students function in the classroom, including the increased focus on standardized tests and the introduction of technology into everyday learning.

“I’m not sure everything’s benefitted students but I am sure that when the decisions were made that was the intent – benefitting girls and boys in their education within the classroom,” Yager says.

He will now be tasked with making those decisions, and crafting policy with other board members that he might not always agree with is something he is prepared to do.

As we’ve reported, these new appointments were an attempt by the legislature to end infighting and a lack of communication between board members. Yager says he is aware of the problems the previous board endured.

Yager worked along with state superintendent Glenda Ritz as co-chair of the A-F school grading panel, a group that helped write a new state accountability system which the board passed a few weeks ago. Yager says after that experience, he knows he can work well with Ritz and other board members.

“I had a good experience with Superintendent Ritz and we were able to work together and understand each other, and not always agree but always understood and listened to each other,” he says. “I’m anxious to move further with that experience with Superintendent Ritz and hopefully the rest of the State Board of Education members.”

Yager and the other board members will meet Wednesday, June 3 for the regularly scheduled monthly meeting.