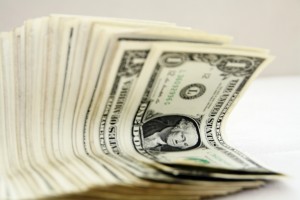 The legislature is considering a bill that would notify students taking out student loans annual updates on their debt.    (Photo Credit: 401(K)2013/Flickr)

One of the education bills still alive in the General Assembly would require universities to annually update students in the 21st Century Scholar program or those receiving Frank O’Bannon scholarships (both state funded scholarship programs) of their current student loan debt.

The goal of the bill is help students be responsible when it comes to taking on debt to complete school.

As legislators hammer out the details of the law, we at StateImpact wanted to share what this notification might look like. Indiana University currently has a similar tactic: the school sends students an annual “debt letter” outlining how much money an IU student will owe when he or she graduates, and how long it might take to pay back.

Jim Kennedy is the Director of Financial Aid at IU and helped start these financial literacy efforts around student debt two years ago. Students who take out loans receive financial counseling before they begin school and after they graduate, as mandated by the federal government. But Kennedy says it’s the years in between when students need the most guidance.

“What we discovered was a student that was leaving the university when they do their exit loan counseling would say ‘how much do I have?'” Kennedy says.

Kennedy says students who take out loans will have debt regardless, but the university wants to help them reduce the amount by informing them how much another semester may cost, or helping them find alternate ways to pay their expenses.

Take a look at an example letter from IU, which could serve as a template for the state’s notification if House Bill 1042 passes.