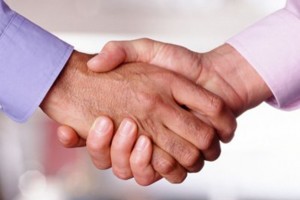 After some initial dispute, the Indianapolis City-County Council has approved a funding plan for Mayor Greg Ballard's pre-k initiative.

Ballard introduced his early childhood education initiative back in July, as part of a larger plan to reduce crime in the city. He proposes that making preschool affordable to families in financial need will be a key approach in addressing the root causes of crime and poverty.

Matthew Tully of the Indianapolis Star calls this funding deal “the most ambitious preschool effort the city has ever seen”:

…the proposal would invest roughly $40 million in preschool over five years. The money will first provide scholarships to the families squeezed most by poverty’s grip. Democratic council leaders Maggie Lewis and John Barth, along with the Republican mayor’s office, have agreed to free up $15 million in city funds and dedicate them to preschool, and they have committed to find up to $5 million more from the existing budget. Meanwhile, led by the advocacy and contributions of Eli Lilly and Co., the business and nonprofit communities are expected to pump another $20 million into the program.

Tully also reports that the deal includes three major changes from Ballard’s initial proposal. Both the income eligibility rules and the minimum age of children who can participate have been lowered – to 127 percent of the poverty level and 3 years old, respectively – to target the most at-risk children. Additionally, money will not come out of the property tax credit, as the mayor proposed. Instead funds will come from three sources: money left over from the sale of city utilities in recent years, Homestead Tax credit money set aside for homes that don’t qualify for it, and a potential charter school authorization fee.

Attitudes and discussions about the plan have not always been positive. Several council members, as well as local politicians and others, originally voiced concerns about where funding should come from.

The mayor thanked council members, as well as Eli Lilly and other corporate and philanthropic partners, for their support in reaching this “bipartisan agreement.”

“Indy is now positioning itself as a leader in local support for preschool,” Ballard said in a statement. “Today marks a great day for the future of our city and its children. I encourage the Council to get this agreement on my desk so I can sign it and we can start enrolling children in preschool next year.”

The announcement came on the same night that voters in Bartholomew County rejected a property tax referendum that would have raised money for pre-k scholarships.