Educators at the Gary Community School Corporation will meet with state education officials Monday night to discuss how to help the district out of recent academic struggle. 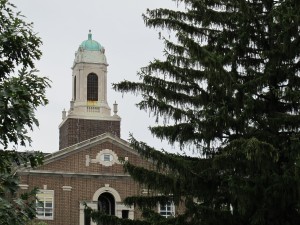 A turnaround operator has run Theodore Roosevelt College & Career Academy in Gary since the state intervened in 2012. Is a similar fate in store for other Gary schools?

The Indiana Department of Education will host a public hearing at Dunbar-Pulaski, renamed the Gary Middle School, at 6:30 p.m. to get public input regarding the district’s future. Members of the DOE and State Board of Education staff have visited other districts in similar situations before to toss around improvement options.

Earlier this year, the Indiana Department of Education labeled GSCS a “high risk” district. Thirteen of Gary’s 16 public schools received D or F accountability grades from the state last year, and many of those had failing marks prior to that.

After the most recent round of ISTEP+ testing, GCSC students in grades 3 through 8 achieved a collective 47.7 percent passing rate on both the Math and English/Language Arts portions – the lowest passing rate in the entire state.

Carmen McCollum of the NWI Times details more of the district’s current situation:

Of the 7,800 students in the district, 80 percent receive free or reduced-cost lunch. School leaders say the district has the highest mobility rate in the state, a 42 percent tax-collection rate, tax caps that hamper funding, declining enrollment, a high drop out rate, a high number of single-parent families and students who are two or three grades below grade level.

“If the IDOE can provide those things, we welcome it,” he said. “I’m not aware of the specific plan. I know that the state used a combination of academic performance and financial issues to arrive at that designation. The district is making payroll, but we still owe vendors money. I don’t know how much. I know we are still in the red.”