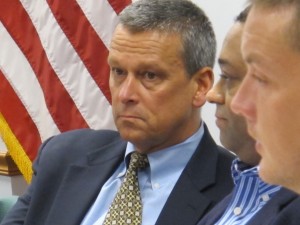 “One of the criticisms we actually had was that our system was being  too harsh on charter schools,” says Bennett.

He noted that of four charters had regularly held up as exemplary — Tindley, Signature, Herron and Christel House — only Christel House had not received an A when calculations were finalized.

“First, I either lied or twisted the truth in order to get what we want,” writes Bennett in an email. “Regardless, neither of those are things I do. Our second problem is that legislative leadership as well as our critics of A-F are going to use this against us to undo our accountability metrics through legislation.”

In total, 13 charter schools saw their letter grades change as a result of the department’s tinkering. But it was Christel House — run by a prominent Republican donor — jumping from a C to an A that drew ire on social media Monday when the story broke:

I guess the secret to Tony Bennett’s “accountability system” was to hold no one accountable. https://t.co/mO8vlION5h

This probably isn’t the kind of change Chief 4 Change Tony Bennett wants to be known for: https://t.co/B5Xyw65v0F

In email Tony Bennett worried Mike Pence, not yet Gov, wouldnt support his metrics if charter grade less than “A” https://t.co/6wQeIQwgBP

So best case scenario with @Tony_Bennett‘s spin on this story is that he was frustrated that A-F doesn’t work. #irony

@ellemoxley As a teacher from an IPS takeover school, it’s frustrating that no tweaks were made regarding the combined grade levels for us.