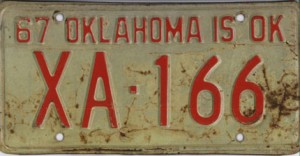 Where the waving wheat can sure smell sweet...

It wasn’t an Indiana paper writing this, though — it’s an Oklahoma paper, the Tulsa World:

In the last week of Oklahoma’s April testing window, the outage has raised rescheduling concerns among school officials across the state…

Oklahoma schools have had several issues with McGraw since the Education Department rebid the testing contract for grades three to eight late last year due to an error in the previous one.

McGraw also uploaded a software revision the day before testing began, forcing districts to delay testing and requiring many to reload every single computer with the revised testing content.

Oklahoma schools weren’t the only ones affected by the outage. Indiana schools suspended the first day of testing for third- to eighth-graders Monday because of McGraw’s server problems.

By [Monday] evening, McGraw still hadn’t determined why the servers failed but indicated the system would be ready Tuesday.

Here’s more about what happened in Indiana schools that tested yesterday.