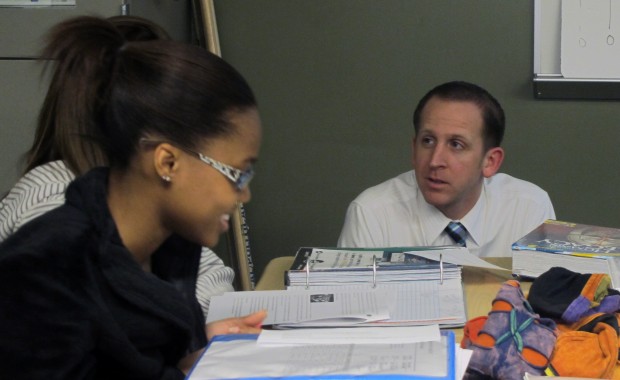 Indiana teachers aren’t the only ones preparing for state-mandated evaluations. It’s just as much work — if not more — for their administrators, writes Mikel Livingston for the Lafayette Journal & Courier:

So last year the [Lafayette] school board approved the creation of four assistant principal positions to the tune of $400,000 in compensation and benefits. According to officials, it was well worth it.

“It’s been absolutely invaluable,” said assistant superintendent John Layton. “I don’t think we could do it without them.”

Across LSC’s 11 schools, there are about 550 teachers to be evaluated this year.

“The common theme is how hard it is to get done,” Layton said last week. “I would say we did an audit a week or two ago and I thought we were right around the 50 percent mark. Well, we probably should have been there at the end of December.”

But not every school district has been able to hire more administrators. Wayne Township chief personnel officer David Marcotte says there just wasn’t money in the budget.

That means administrators in Wayne are spending about half of their time in classrooms.

Marcotte says the effect is noticeable.

“Even here at the Ed Center, when we call a school to ask questions, we don’t find administrators sitting at their desks very often answering the phone,” says Marcotte. “They are in classrooms. It has changed dramatically the way our building-level administrators do their jobs. They’re not as accessible to parents as they used to be.”