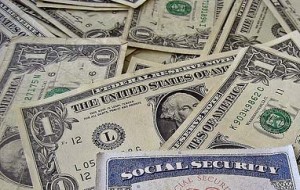 The number of retirees whose Social Security payments have been reduced over student debt has increased.

College students worried about being saddled by student loan debt in their 20s take note — an increasing number of older borrowers are watching repayments come out of their Social Security.

So far this year, the federal government has withheld money from 115,000 retirees who have fallen behind on student loan payments, writes SmartMoney‘s AnnaMaria Andriotis. In 2000, there were just six such cases.

It’s not as unusual for retirees to be paying down student loans as you might think. Nearly 2.2 million student loan debtors are older than 60, and about a tenth have payments more than 90 days past due, Andriotis notes.

The federal student loan program began in the 1960s, and access increased over the next decade. Jason Delisle and Clare McCann over at Ed Money Watch do a nice job of explaining why we’re seeing a sudden increase in the number of retirees with student loan debt:

So it stands to reason that so few retirees had their Social Security checks nabbed back in 2000 to repay their student loans because they probably didn’t borrow federal student loans to attend college in the mid-1970s. For example, a retiree who was 62 in 2000 would have been about 37 years old in 1975, past the typical age for higher education.

So the increase we’re seeing today is simply the first generation of borrowers aging into Social Security, right? Andriotis says no.

“But in most cases, these loans aren’t even their own loans,” she told NPR‘s Renee Montagne. “And that’s what makes this whole situation really sad.”

In some cases, it’s actually Mom and Dad — or even Grandma and Grandpa — borrowing to pay for their kids’ education, though the data doesn’t track what kinds of loans are in default.

Parents behind on their PLUS loans can see their monthly Social Security payment reduced by 15 percent, or about $190 from the average $1,200 check.