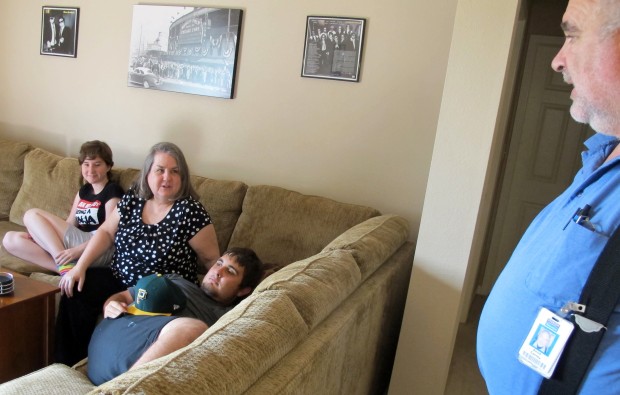 Mary Carney talks to her husband, David, in their Lebanon home after he returns from work. Carney went back to school so she could get a better job. She says her degrees from Western Governors University will help her put her two youngest kids, 17-year-old Kathleen and 18-year-old Ben, through college.

“It’s going to enable me to be able to pay and get my last two kids through college debt free.”
—Mary Carney, WGU graduate

It’s been two years since Western Governors University formed a partnership with the state of Indiana, promising Hoosiers degrees that would help them land better jobs.

Nearly three-quarters of a million Hoosiers have completed some college but don’t have a degree, and it’s been a pet project of Gov. Mitch Daniels to get them to go back to school.

Enter WGU, which has been enrolling students from across the country in its online program for a decade and a half. The non-profit, online school now enrolls some 2,700 students in the state.

Supporters of the WGU say the school is providing much needed opportunities for Hoosiers. Critics contend the university’s competency based model falls short in preparing graduates for the workplace.

Now that the governor is headed to Purdue, it will be up to recent graduates to sell WGU to potential students in advertising for the school.

Students Don’t Come To WGU ‘To Find Themselves’ 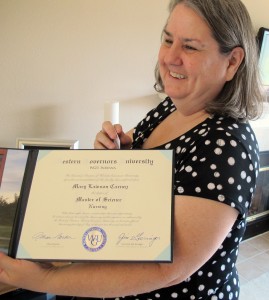 Carney didn't stop after getting her bachelor's degree from Western Governors University. She completed her master's degree in May.

Mary Carney was running out of time. She was 55. Her two youngest children were teenagers. If she was going to finish her nursing degree, she needed to do it before she had to start paying for her kids’ college.

“I knew that eventually I was going leave bedside nursing and I wanted a transition to education, and you really need a graduate degree to do that,” says Carney, a Lebanon resident who earned her associate’s degree at Purdue University Calumet in 1980.

At the time, she planned to stay in school and finish her bachelor’s, but life got in the way. Her husband lost his job, and she had to start working full time to support her family. Because Carney has always worked the night shift, she says it’s been impossible to fit classes at a brick and mortar university into her schedule.

“None of my students come to our university to find themselves,” Barber says. “They’re 40 years old. They’re not looking for a fraternity or a football team to cheer for. They’re looking for a college degree that will help them take care of their family.”

Barber’s office isn’t in the middle of a sprawling college campus. It’s in a skyscraper in downtown Indianapolis. And the photos of graduates that line her walls don’t show fresh-faced 20-somethings.

That’s because WGU doesn’t market itself to recent high school graduates. Barber says WGU is after potential students with on-the-job experience who can quickly accelerate through the school’s competency based model.

“Let’s say a student has been working in a school as a teacher’s aide and they want to do elementary education,” she says. “They probably learned a lot on the job they could apply toward their degree.”

Here’s how it works: WGU students start with the end-of-course assessment. If they can pass with a B or better, they don’t have to take that class but they get credit for it. Students can pass as many courses as they want during each six-month term and pay the same flat fee — roughly $3,000 per semester.

When Carney started at WGU, she was working as a home care nurse. At night, while her patient slept, she completed coursework — and she was able to finish her bachelor’s in one six-month term. That doesn’t mean the work was any less challenging, she says.

“One of my competencies for healthcare financing was I had to design a public health outreach program with real numbers and see how many people it reached and do a cost-benefit analysis and all that kind of stuff,” says Carney. “So instead of me just taking a test and saying I know what a cost benefit analysis is, I had to prove my competence by actually doing it.”

Why An Online Nursing Degree Isn’t So Unusual

In addition to nursing, WGU also offers courses in business, education, information technology and other health professions. Though those programs are regionally and nationally accredited, some graduates may still have a hard time finding jobs without a degree from a brick and mortar university.

In 2009, the Society for Human Resource Management asked its membership how managers looked at job candidates with online degrees. More than 60 percent said they’d rather hire someone who went to a traditional school. 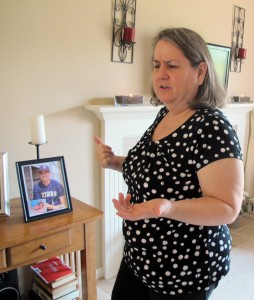 For her master's degree, Carney researched how hospitals can help educate night shift workers on how to do their jobs safely. Carney has worked a night or evening shift since 1980.

But Carney didn’t have any trouble getting a job with her online degree. After graduating from WGU, she applied for a job in the pediatric intensive care unit at Peyton Manning Children’s Hospital, where more than 80 percent of nurses have bachelors degrees. In-patient unit director Stephanie Tooley says for nurses, where a student goes to school isn’t important as long as the program is accredited and prepares him or her for the job.

“We evaluate people on competencies, so a lot of our evaluation processes are competency based,” Tooley says.

More and more, hospitals want to achieve “magnet” status — a designation that indicates its a friendly place for nurses to work. Usually, it requires a certain percentage of nurses to have bachelor’s degrees. So more nurses are going back to school to finish their education, and more schools are offering flexible programs and online schedules so they can keep working full time.

After finishing her bachelor’s degree, Carney turned around and started her master’s. Her new employer even reimbursed her for the cost when she graduated in May.

“It’s going to enable me to be able to pay and get my last two kids through college debt free,” says Carney.