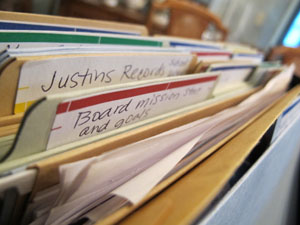 Fort Wayne parent Kim Morken has been collecting documents to try and clear the name of a Southwest Allen County Schools teacher, who stands accused of cheating on the 2011 ISTEP+ exam.

Indiana teachers will likely have to sign a code of ethics before they’re able to administer the state’s standardized test in the near future, and districts will be required to train teachers on test security every year — that’s if the state’s Board of Education approves new rules drawn up by Indiana’s top testing officials at the Department of Education.

Indiana has never had rules (a “rule” has the force of law) about test security on the books. As we’ve reported, the state knows of 11 instances of teachers cheating on the 2011 ISTEP+ test (at least one of which is in dispute).

That number is small compared to the Atlanta and Philadelphia scandals, yet with more state policies — like teacher evaluations, merit pay, and takeovers of schools with poor ISTEP+ scores — riding on students’ scores on state tests, state officials, education experts, and parents told StateImpact Indiana they see these pressures to get results as incentives for teachers who can’t hack it to bend the rules on state tests. 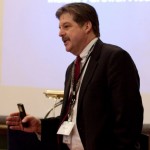 Ask the state’s top testing official, Wes Bruce, why the Department of Education decided to lay down the law now, and he’ll answer, “The Facebook posting.”

Before the Spring 2011 ISTEP+ test, a teacher posted the prompt for the 8th grade writing test verbatim to Facebook. The department invalidated more than 83,000 8th grade writing scores as a result, costing the state “hundreds of thousands of dollars” in testing development, Bruce says. Requiring every teacher to sign a document with 8 to 10 items covering do’s and don’ts of test administration helps keep secure materials more secure.

“Frankly, teachers have a lot of other things they need to be focused on. Teachers don’t need to be testing experts and be aware of every nuance, though they certainly should know” the basics of test security, Bruce says.

The Department of Education says in a system where measures designed to measure teacher performance are equitable to all teachers, then the risk of cheating goes down — “In a system where accountability is fair, there’s less incentive to break the rules,” Bruce says.

Bruce says teacher evaluation and merit pay systems do put some pressure on teachers to perform, though, and while nobody seems to expect the increasing importance of state tests to cause widespread problems with cheating, education policy analyst Terry Spradlin says it’s not hard to envision teachers who don’t measure up to want to bend the rules.

“With the state discussing taking over seven schools in Indianapolis Public Schools and one in the Gary school district, with that happening under our state’s accountability system, those in other school districts might be fearful of that happening in their school district,” Spradlin, associate director at IU’s Center for Evaluation and Education Policy, says. “They may make poor decisions in sharing test questions and revieing test items in the classroom.”

Still, Spradlin says that, despite the pressures surrounding testing, widespread teacher cheating is far from inevitable.

“The consequences have to be greater than the rewards, so having a few more kids pass the ISTEP versus losing their job, I think teachers would use their best judgment,” Spradlin says.

Beth Pictor, whose two kids are in the Southwest Allen County School district, says she’s had to teach her kids stress management techniques to cope with test anxiety.

“In their young minds, they’re putting so much pressure on themselves, and I can only guess that’s because of what’s filtering down through the system — that the principal has, that maybe the teachers have, of making sure these tests come out,” Pictor says.

Among the 11 alleged “violations of proper testing protocol” Indiana saw during the Spring 2011, Bruce acknowledges some cases are the result of honest mistakes, rather than blatant security breaches like posting secure test materials to Facebook.

“People do dumb stuff, but out of 65,000 teachers, you’re talking about literally a handful of folks” who cheated, Bruce says. “And sometimes it’s that obvious and obtuse. Other times, it’s much more innocent.”

Some Cheating Charges In Dispute

Farner retired after 34 years at Haverhill Elementary under a cloud of allegations from the school district that she gave her students answers on the Spring 2011 ISTEP+ test. The allegations stem from interviews the school’s principal and the district’s assistant superintendent conducted with fourth graders in Farner’s class.

While the district refused to comment on the details of the case, a group of Southwest Allen parents, including Pictor, have come to Farner’s defense.

In April, Southwest Allen parent Kim Morken authored a letter signed by ten parents of Farner’s students, saying none of their kids have said anything to suggest Farner broke testing rules. Morken criticizes the district for not allowing her to see the notes of the interview it conducted with her son, which Southwest Allen superintendent Steve Yager says is not public record.

“I don’t understand how they can base their decision [to take action against Farner] on something they can’t even share with parents,” Morken says. “These were our kids, we should be allowed to know what questions were asked, and what our children said.”

Cathy Kratzert Gerring, Morken’s sister and another Southwest Allen parent who’s been investigating the district’s actions, says she has come to believe too much emphasis has been placed on the ISTEP+.

“It is absolutely ludicrous for our legislature to place this kind of importance on a test that is going to grade a teacher’s ability to teach,” Gerring says.

Morken says she wants to see a law implemented requiring districts to make a written or audio record of any interviews done with students, partially so parents are aware of anything they tell district personnel, but also to ensure teachers get “due process” if they face cheating accusations.

Yager says he can’t see another way to handle investigations of teacher cheating allegations other than to interview the students involved, but he says if teachers are “honest and straightforward, they have nothing to worry about.”

“It’s like saying, ‘Do you have guidelines for investigation of crimes, and those crimes range from speeding to murder?'” Bruce says. “All testing irregularities get investigated to some degree.”