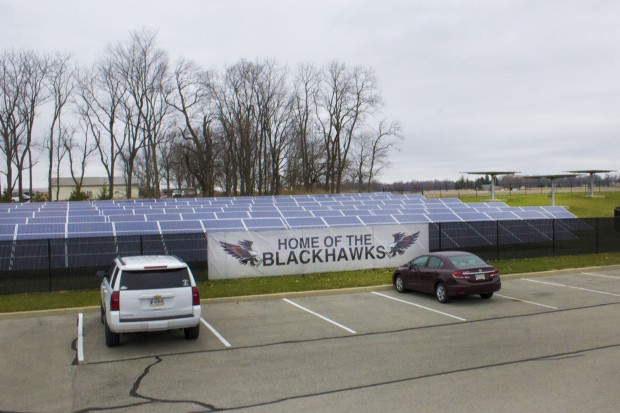 Budgeting is one of those necessary evils. It’s tough, but you’ve got to do it.

And for school districts, with growing costs and fixed funding, it’s increasingly crucial.

So Sheridan Community Schools, a small, rural district in the heart of central Indiana, has taken a unique approach to managing energy costs: They’re now one of the state’s first completely solar powered school systems.

And that’s a big deal for them.

“As a smaller school, it just seems like we’re spending more and more on other things,” says Robin Popejoy, director of business.

Next to teachers, energy is one of the district’s largest costs. Almost 20 percent, one of every 5 district dollars, pays to keep the lights on, buildings warm and computers running.

So when the district received a letter forecasting a 7 percent jump in their energy bill, it was significant. The equivalent of half a teacher’s pay.

“I realize things go up, but it was such a huge jump for us,” Popejoy says. “Then trying to figure out, you know, is that less supplies for the classroom, is that an aide that we can’t have?”

Then Popejoy got a pitch – instead of looking around for money or places to cut, look up.

It was a gamble. But, the district decided it was a risk worth taking. 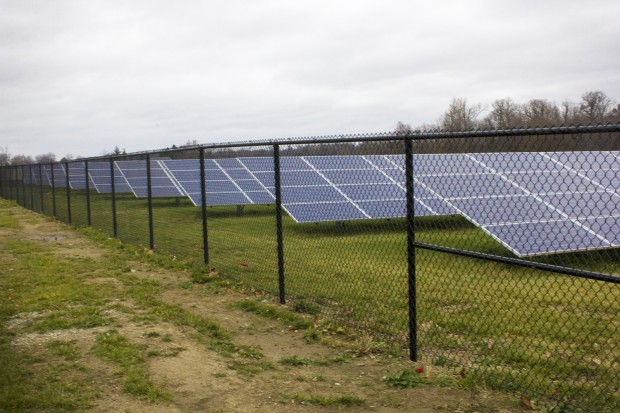 “One, energy rates rose. Two, the cost of borrowing money fell,” says Bob McKinney, president of Johnson Melloh, a company that helps schools save on energy costs. “And probably, the most important element, was the cost to build these solar plants fell.”

They’re now half as cheap as five years ago. And it’s a price that’s enticing schools to invest.

“Schools, particularly in Indiana, are challenged with doing more with less,” McKinney says. “Which isn’t a bad thing, it causes them to innovate. And that’s where we come in.” 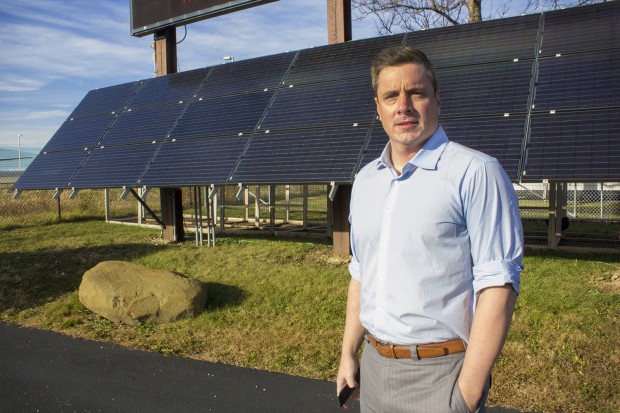 And that’s exactly what happened back in Sheridan. Soon, rooftops, farmland, soccer fields were transformed into solar fields.

“It was pretty exciting to watch all these trucks all of a sudden come flying in here and they have all these big solar panels,” says Dave Mundy, superintendent of Sheridan Community Schools. “And then the first day that we actually turned it all on was pretty neat.”

Tracker panels move and follow the sun’s trajectory. A line of tracker panels stand near the school playground, facing straight up.

“Right here are the big gray tracker panels,” Mundy says. “They have the polls that go into the ground and run the wires over to the electrical box. But then they have the moveable pieces. We say the look like Star Wars tie fighters.”

But take just one wing, put it on a pole, make it move – and that’s your tracker panel. 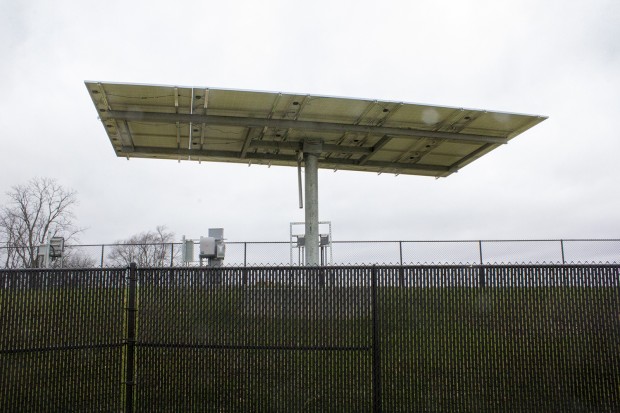 And those $4 million to $5 million in savings – where does that come from?

Well, basically, the school now has two fixed bills. A $4.3 million loan to pay and maintain their solar panels. The school plans to pay it off over 20 years. And they now have a locked-in energy rate that won’t change, whether or not other energy rates go up.

And in winter, when the solar panels see snow, it can actually be beneficial.

“You actually make more energy sometimes during the winter because the sunlight reflects off the snow back onto the panels,” Mundy says.

On those days or other sunny days, when panels produce more energy than the school uses – it gets stored for future use. And staff and students can see this play out in real time.

On staff computers and on TV screens in the elementary school library, screens display the school’s daily energy use and solar production. 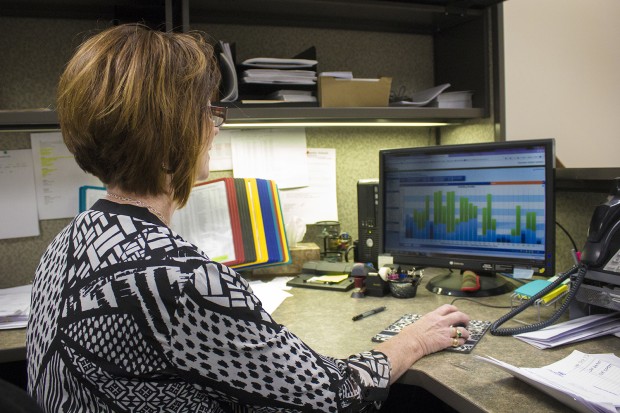 With big savings, positive environmental impacts and an educational component it begs the question: Why do less than 3 percent of the nation’s K-12 schools use solar power?

“Some schools lucky schools who have some real estate can put a megawatt of ground mount and it produces power for the school and you don’t touch anything else,” says Greg Mazur, chief of engineering at Blymyer Engineers. “But that’s rare.”

Mazur leads solar projects at schools for the California-based engineering company. He says schools’ decision to go solar can be a question of space, but also awareness.

“Someone also has to come up with the money,” Mazur says. He says solar is on the up and up.

In Sheridan, school officials and students, like fourth grader Owen Bell, say it’s worth it.

“I think this will make a big change in our school, ” Bell says, “because we will save more money and have the same amount of power.”