It’s getting tougher to find substitute teachers these days.

Nationally, school corporations are struggling to fill the gaps left when regular teachers go on vacation, get sick or take time out for professional development.

Shortages are not a new phenomenon in Indiana, either. Teresa Meredith, president of the Indiana State Teachers Association, says a majority of districts across the state are facing some sort of challenge when it comes to finding subs –– and there doesn’t seem to be one overarching reason why this is the case. 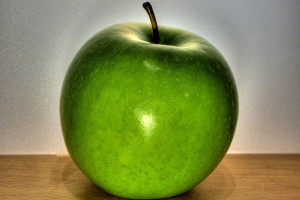 Workload, low pay and lack of benefits could be reasons why fewer people sign up to substitute teach. (Photo Credit: elementalPaul/Flickr)

“I think part of it is the workload. You’re asking people to come on very short notice sometimes minutes, and very little time to prepare for whatever it is they’re supposed to sub for,” Meredith says. “Other times it might be pay –– if they can make more at McDonald’s, is that a little less stressful than the substitute role?”

The average rate of pay for a substitute is about $105 per day across the U.S., according to the National Substitute Teacher Alliance. In Indiana, compensation can range anywhere from around $60 to a little more than $100 a day, depending on the corporation and a candidate’s credentials.

Along with low pay, experts speculate the problem has increased in recent years because of poor training and lack of benefits.

Others say the pool of quality candidates has decreased because fewer college students study to be teachers nowadays.

“We really do see that trend as part of the problem,” says Dan Roach, superintendent at Washington Community Schools in southern Indiana. “In past years, those preservice teachers are waiting for those jobs, hoping to get their foot in the door, but those numbers continue to decrease.”

But not all substitute positions require a teaching certificate. In fact, the minimum qualification in most Hoosier districts is two years of documented college coursework. That credit does not necessarily have to come from a school of education, or the subject area in which one substitutes.

“I think school corporations in some communities are so desperate, they just want to know that you can pass the criminal background check and that you have some capability of picking up a substitute lesson plan and at least reading and understanding it and going with it,” Meredith explains.

Modern education challenges could deter many potential instructors –– specifically, the pressures of applying more rigorous academic standards and teaching to evolving standardized tests in everyday classwork, according to a recent AP report:

A frequent source of substitutes has been education majors looking for experience. But officials say fewer college students are choosing teaching as a career path, in part because of recent layoffs and concerns about new education standards, including efforts in some states to link teacher evaluations with student test scores.

“There have been so many stories about the quality of public education that many of us have conjectured that really impacted both students and their parents to say, ‘Why would I go into education and face all of that?'” said Jill Shedd, assistant dean for teacher education at Indiana University.

Meredith says this could be the case. She agrees that teachers in Indiana particularly already have a lot on their plates with the introduction of both new standards and assessments this school year.

“I think it’s probably more difficult to be a substitute, particularly in grades that are tested, than it has been in years past because you can’t really do your own thing anymore as a substitute,” Meredith says. “You have a lesson plan, you need to adhere to it, you have to do the instruction so that students stay on schedule and don’t get behind on the work they’re supposed to be accomplishing.”

Indiana also recently changed its rules for obtaining teaching credentials. Students used to go through a school of education first –– now, one needs a content degree (i.e. math, or English) before he or she adds the teaching piece.