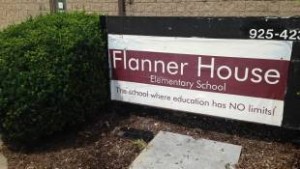 Flanner House Elementary—the Indianapolis charter school at the center of a cheating scandal—closes its doors for good Thursday.

Most of the school’s 176 students transferred after the board voted August 20th to close the school. Indianapolis Charter School Director Brandon Brown says there are fewer than ten students still enrolled as of today.

“It’s our understanding that all of them have already enrolled in a new school and are just choosing to actually wait and attend the school until tomorrow,” Brown said.

Brown says his office has been in regular contact with affected families and will continue to lend support as students move to new schools.

“We’re providing complete assistance with uniform costs and then any school supply cost as well,” Brown says. “Then we’re working with receiving schools to make the transition process as smooth as possible.”