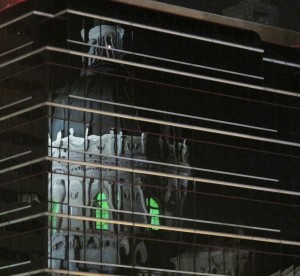 After lawmakers resolved differences between the Indiana House’s and Senate’s respective versions of a lengthy piece of education legislation, language halting implementation of the Common Core academic standards in Indiana schools made it through conference committee Thursday.

While House Speaker Brian Bosma’s Wednesday announcement he supported the “pause” proposal makes this news somewhat less surprising, it essentially means opponents of the nationally-crafted standards have pulled off an improbable end-run around Common Core supporters.

As it emerged from conference, House Bill 1427 prevents schools from doing any further work to implement the standards in their classrooms pending public meetings on the Common Core, a legislative review and a study of the standards’ fiscal impact.

“Shining the light of day on [the standards] and opening it up for folks to have a lot of input, for teachers and parents to have input, for educators to have input — I think is a positive step,” Sen. Scott Schneider, R-Indianapolis, told IPBS statehouse reporter Brandon Smith.

Following the legislative study committee, the bill provides for the State Board of Education to ultimately decide whether to largely re-affirm its support of the Common Core, adopt new standards or implement a modified set of standards based on the Common Core.

Whatever board members decide, the legislation says, they must adopt standards “to the extent necessary to meet the requirements for a federal flexibility waiver” — which means academic standards that focus on preparing students for college or careers.

“I think if the truth gets out there that it doesn’t mandate socialism and all the other things, the fears that are out there, that it will be shown that it’s not as bad as people think,” Behning said.

Stand for Children Indiana executive director Justin Ohlemiller, whose organization has supported the Common Core, told StateImpact he felt the legislature’s action sent a bad message. He also says he saw irony in the move.

“If these were truly federal or nationally-required standards, then [lawmakers] would not be able to make the decision we’re making today,” Ohlemiller said.

“Teachers and superintendents,” Ohlemiller added, “have been working to implement Common Core, which is a years-long process. To hit the pause button on something this far into the process, with some uncertainty looking into the future, then what you’re doing is putting these standards up for failure, even if there’s a decision made to continue [with the Common Core].”

The bill also precludes the state from using the PARCC assessments — nationally-crafted assessments tied to Common Core — until 2016. That was good news for Erin Tuttle, a leader of the advocacy group Hoosiers Against the Common Core.

“The way the laws are written, teachers and schools are all judged according to how their students do on that test. So for us, maintaining local control of that process was very important,” Tuttle said.

The version of House Bill 1427 that emerged from conference committee must clear the House and Senate one final time before heading to the governor’s desk. The Indiana Chamber of Commerce’s Derek Redelman says he thinks the bill’s passage is now likely.

Redelman, a Common Core supporter, says he’s “very concerned” by the passage of the language. That said, he noted earlier proposals called for the state’s complete withdrawal from the consortium of 45 other states and the District of Columbia who’ve adopted Common Core — this bill does not.

“It’s going to create a whole heck of a lot more work than I think is necessary, and frankly think, in a lot of ways, is just silly to have to go through. But yet it leaves a door open that a lot of previous proposals this session did not,” Redelman said. “Am I happy? Absolutely not. Do I think it’s an absolute disaster? Probably not, either.”

Schneider, reports IPBS statehouse reporter Brandon Smith, says he won’t object if the state Board of Education ends up adopting standards virtually identical to the Common Core in the end.

“If that’s the consensus of the state board and folks that have looked at this over a summer study committee and review and that’s the will of everything moving forward, then I’m okay with that,” he said.