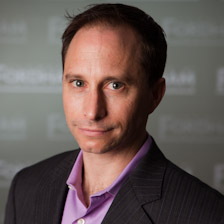 If you followed any of Wednesday’s Common Core proceedings at the statehouse, you probably heard about Michael Petrilli’s defense of the nationally-crafted academic standards adopted by 45 states and the District of Columbia.

The executive vice president of the Thomas B. Fordham institute says if Indiana were to withdraw from the standards initiative now, it would be like eschewing a smart phone for a rotary dial. (You can read his full remarks here.)

Petrilli and other Common Core proponents spoke for two hours Wednesday in defense of the new standards. Supporters of a bill Indianapolis Republican Scott Schneider filed to withdraw Indiana from the Common Core also testified for two hours.

In general, Fordham supports the Common Core, school vouchers and charter expansion — all policies Indiana lawmakers have supported in recent years. We were curious about what would happen if Schneider’s proposal gains traction in the statehouse. Here’s what Petrilli told us.

StateImpact Indiana: There was an overflow crowd today outside of the Senate Chamber watching the Common Core hearing. Has any other state seen this kind of formal challenge to the new academic standards?

Core Questions: What Do You Want to Know About The Common Core?

StateImpact: Obviously the Fordham Institute is in favor of these standards, and you’ve been very supportive of the changes Indiana has made to education policy in recent years. Do you worry losing Indiana would inspire other challenges to the Common Core?

Petrilli: There is a fear that if Indiana pulled out it would provide momentum to the opponents of the Common Core. They would take that scalp and would go elsewhere and try to get other states to follow along. At the same time, I believe that it is appropriate for states to debate this question, and we should expect some states to pull out, especially once the testing starts, and we — as we expect — if the test scores come out and kids do much worse on these new tests than the old tests, then there’s going to be huge political pressure for some other states to pull out and it won’t be the end of the world. I don’t think anyone expected to get 46 states to sign on in the first place.

StateImpact: There two main arguments against Common Core adoption seem to be loss of local control and fear that Indiana’s old standards are superior. Is there another option for people who feel the Common Core is untested and want to keep Indiana’s current standards?

Petrilli: I think to people who say Indiana standards were quite good before, they’re right, they were quite good. Thankfully, there’s flexibility within this initiative for each state to add up to 15 percent new content to the Common Core. For example, Indiana had great English standards, and they were great because they included a list of recommended readings. Well, Indiana could adopt that list as its own as part of the Common Core initiative. It has the flexibility to do so. I hope it does do that.

That said, even though Indiana had great standards, it does not appear they were well implemented. Indiana did not make very much progress over the last 10 years in terms of raising student achievement compared to many other states that did make that progress. So something wasn’t happening in the classroom. The Common Core gives Indiana another bite at that apple — to not only have good standards, but to implement them well.