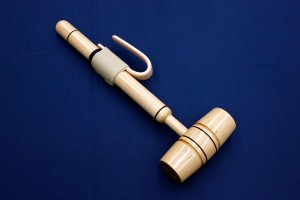 The Indiana State General Assembly opened the the first day of the session earlier today.

“Right To Work” currently tops the charts as the issue of the moment for many publications in Indiana.  But last year’s legislative agenda was filled with hotly contested fights over things like charter schools, vouchers, and collective bargaining for teachers.  So StateImpact asked the question burning on everyone’s mind.  Is there any unfinished education business waiting to be discussed?

To answer this question, we take a look at publications around the state.

Given the billions spent on school system operational budgets, (Senator Jim) Banks (R Columbia City) is persuaded at this point that superintendent salaries are “sort of just a bump in the mountain of the issue.” Reducing severance pay to superintendents and decreasing school corporations’ health insurance obligations will be focal points of whatever legislation he produces before January.

Should bad attitudes get the same punishment as bullying? The Indiana NAACP thinks not.
The organization is asking the state’s leaders to look into school discipline and examine the disparities that exist between the way Black and minority students and their white counterparts are disciplined.

Indiana schools chief Tony Bennett kicked off a statewide conference on education reform last week with a warning: Brace yourself for more to come.

But Bennett told about 800 educators at last week’s conference that Indiana’s cash-strapped schools would have to shift their spending priorities to meet new standards for student achievement, teacher merit pay and a growing demand to better prepare students for college and the work force

A bill instigated by students at Purdue University that removes sanctions for underage drinkers who report that a friend or acquaintance is gravely intoxicated could end up on the floor of the Indiana legislature next year.

Student government leaders are pushing for a statewide version of the campus “medical amnesty” rule that shields intoxicated students from disciplinary actions on the West Lafayette campus.