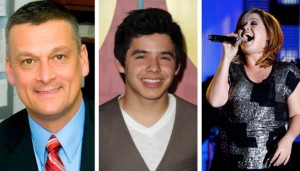 When it comes to school overhauls, is Tony Bennett more of a Kelly Clarkson? Or a David Archuleta?

Expect no definitive answers to that question at the Fordham Institute’s Education Reform Idol 2011 — “the biggest education policy event of the summer.”

Bennett will represent Indiana at the D.C. press event — apparently designed to make headway in a younger, hipper demographic — pitting Indiana’s plan to remake education policy in a just-for-fun contest against similar strategies from Florida, Ohio, Illinois, and Wisconsin.

With the audience at the think tank — which supports expanding charter schools and teacher merit pay — voting for the winner, Indiana is no William Hung. (Don’t know that name?… Just click here.)

After all, Indiana’s piloting a teacher evaluation and performance pay plan this year and rolling the plan out statewide in 2012-13. Lawmakers this year also passed a law creating what will likely become the nation’s most expansive private school voucher plan.

But Ohio also passed laws coming down on teacher unions and Florida’s private school voucher plan is currently bigger than either Ohio’s or Indiana’s.

No doubt, this whole exercise might be nauseating to opponents of teacher merit pay, vouchers, and limits on collective bargaining. Still, the event underlines a critical point: 2011 was a big year for supporters of these exact ideas (as we’ve noted before, as the Boston Globe notes here, and as bloggers triumphantly claim here and here).

And if you’re worried about not being able to make it to D.C., don’t worry Idol devotées — it’ll be webcasted.