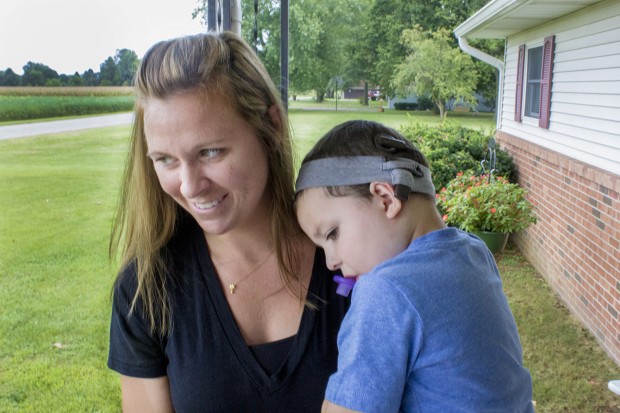 Kendra Bowden and her son Wyatt, 3, on their porch. Wyatt has had cochlear implants for most of his life. (Peter Balonon-Rosen/Indiana Public Broadcasting)

Public schools in Indiana serve about 2,400 students who are deaf or hard of hearing. Of those students a growing number now use cochlear implants, small medical devices that stimulate nerves in the inner ear and give a sense of hearing.

As technology develops, and cochlear implants become more common, many public schools are still working to catch up.

“I like to think that it’s not malicious, it’s just that most of these smaller districts don’t have the training and the knowledge to really be able to understand what these kids need,” says Ellyn McCall, family liaison at hearing loss advocacy group Hear Indiana.

As the number of students with cochlear implants grow, advocates like McCall say there’s often a disconnect between services schools offer and services these students need.

Brandy Hauser, of Spencer, IN, had never been more excited. She was a brand new mom. Like all Indiana parents since 1999, she watched as doctors took her newborn daughter Grace for a hearing screening.

Then a nurse came back.

“She [gave] me a little card and said that your daughter didn’t pass the infant hearing screening test,” Hasuer says.

Grace has mondini dysplasia, an inner ear malformation that results in profound deafness.

“After that it was like a whirlwind of ‘What do we do?,'” Hauser says.

For communication, the options can come from two schools of thought.

Hauser chose the second. At 18 months, Grace had an implant surgically attached to her skull.

“She was sitting in her little car seat stroller. We had her sitting up in there, and they turned her on. It was just like the shine of a Christmas light in her face when she, you know, clapped and she looked,” Hauser says. “It was the first time that I knew, ok, she looked. Ok, we’ve got this.” 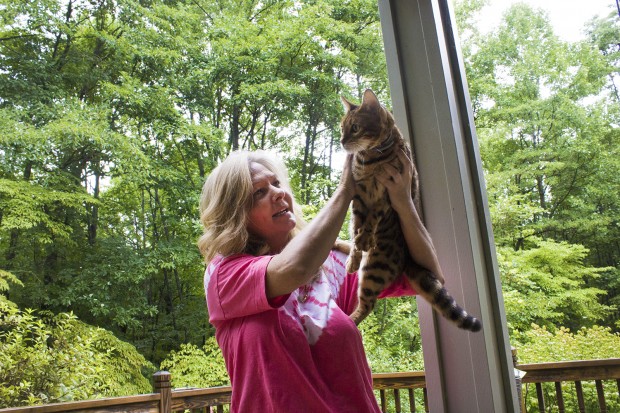 Brandy Hauser plays with her cat on the porch of her Spencer, IN home. She says the rural location of her home has made getting services for her daughter difficult. (Peter Balonon-Rosen/Indiana Public Broadcasting)

But when Grace got to school, things became complicated. Hearing with cochlear implants is not traditional hearing. It takes time to ‘learn to hear.’

“When sentence writing started coming around, and the structure of sentences.. [It] was very hard for her to make a sentence that would be correct,” Hauser says.

Hauser says that’s largely because services from the school district weren’t geared for deaf kids who, through technology, were also learning to hear and speak.

Instead, the focus was American Sign Language, where grammar is different.

Students like Grace are already outliers in the state. She’s one of nine deaf or hard of hearing students in the Spencer-Ownens Community Schools district of 2,600 students. That’s one-third of one percent of the entire student body.

That’s typical for most Indiana school districts. Public districts, outside of the Indiana School for the Deaf, have eight deaf or hard of hearing students, on average.

“We look at what they’re needing and what services can we provide to meet that,” Lancaster says. “The only challenge is making sure that we’re up to speed on the cochlear implant and what’s needed with that.”

As technology developed, lawmakers said the ISD was not giving students enough experience in a newly available hearing culture. School officials pushed back, but the state diverted funding from the school to create the Indiana Center for Deaf and Hard of Hearing Education. 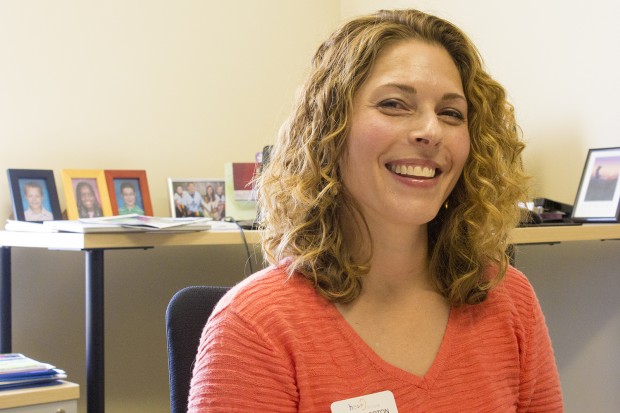 Deaf or hard of hearing students bring their districts about $8,000 each in extra state funding, but advocates say that amount doesn’t necessary cover expensive services that help students with cochlear implants, like therapy, closed-captioning and teacher microphone systems.

“That has to cover lot’s of things,” says Naomi Horton, executive director of hearing loss advocacy group Hear Indiana. “It’s not enough money in most cases to cover the special education costs.”

But there’s a catch. Under federal law, school districts are obligated to provide all students with a free and adequate education. In other words, they can’t say a necessary special education accommodation is beyond their budget. And she says, that can put cash-strapped schools in a tricky position.

Ellyn McCall, the family liason at Hear Indiana, says it makes a big difference when services are tailored for children with cochlear implants. She says it has made a big difference for her son Seth. 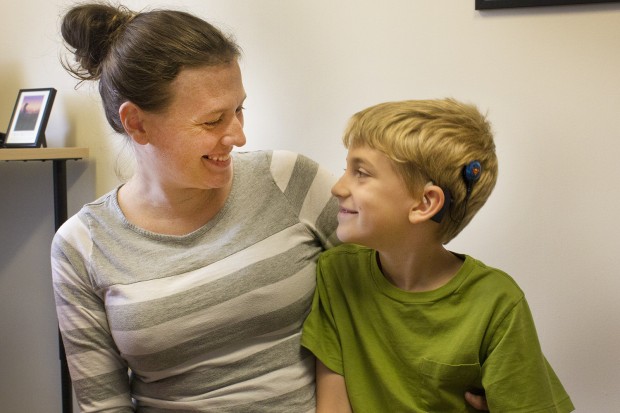 Today, Seth is 8 years old. He’s in a traditional classroom, and says he learns things like the definition of “busybody.”

“‘Busybody’ is when you’re being nosy and you’re listening to someone else’s conversation,” Seth says.

Because there is evidence that early services can mean big results for students like Seth in the long run, some parents don’t want to wait for their districts to provide them.

Kendra Bowden’s son Wyatt has cochlear implants. On his third birthday, Bowden says he still had the language skills of a child half his age.

Bowden lives in Terre Haute, but she decided to send Wyatt to St. Joseph Institute for the Deaf, a private school that specializes in educating children with cochlear implants. It’s in Indianapolis. An hour and a half away. 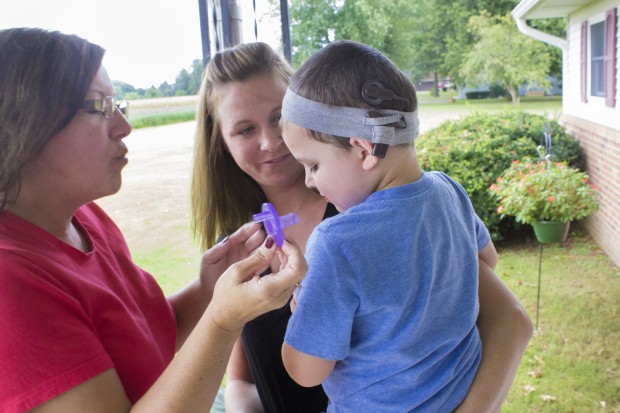 It’s almost seven hours total of driving there and back, to and from school each day. But Bowden hopes it will be worth it after preschool.

“I think it’s gonna be worth it in the long run,” Bowden said. “It’s not forever, it’s maybe a couple of years.”

Studies show getting children with cochlear implants specialized services early can be worth if for the state financially, too. The state can save over $200,000 per student that would otherwise go to state services, like special education and auditory rehabilitation.