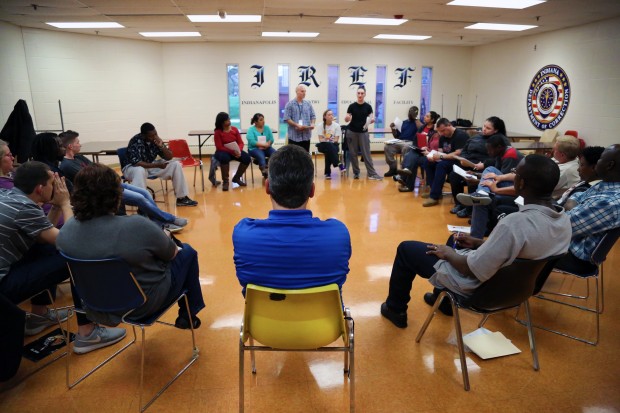 The Inside Out class at Indianapolis Re-entry Educational Facility meets. The class is part of an international program that brings college students and incarcerated people together to learn. (Peter Balonon-Rosen/Indiana Public Broadcasting)

INDIANAPOLIS — To get to the classroom inside Indianapolis Re-entry Educational Facility, IREF, you go through a metal detector, a set of locked doors and across a long, open yard.

Behind another set of doors, class is in session.

Sitting in a circle, students discuss their designs of an ideal facility that helps incarcerated people transition back into society. They’re working on their final project for this class, held behind bars, on the criminal justice system.

The class is part of the international Inside-Out Prison Exchange Program, a program that brings college students and incarcerated people together with one goal: learning.

Together, they’re inside and out. Inside-Out.

“I’m the most talkative person in the class actually,” Dariek says, with a laugh.

Dariek’s currently incarcerated, but being released soon, so we aren’t using his last name.

“Man, this is best thing that has happened to me in the entire 18 years I have been incarcerated,” Dariek says. “I went to college in prison but I didn’t experience the college thing, like with the students.” 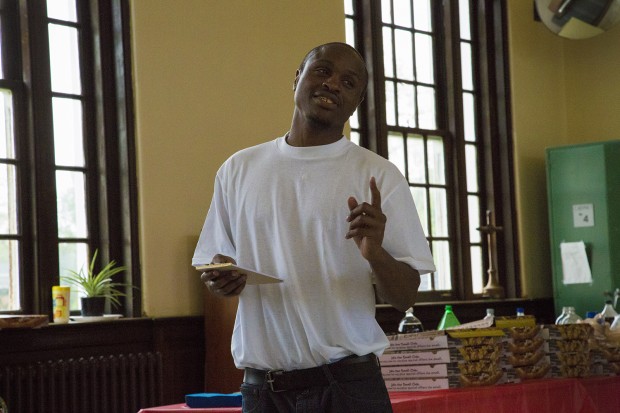 In the early 2000s, Indiana had one of the largest college degree programs for incarcerated adults, by percentage, in the nation. People inside Indiana prisons received about 1,000 degrees a year.

In 2010, much of that began to be phased out. A 2011 law restricted state funding for college programs.

“We had up to 400 college professors going into prisons everyday to teach college programs,” says John Nally, Indiana Department of Correction education director.

“You know, we like to say we’re training Indiana’s future workforce,” he says.

But some worry this is turning Indiana prisons into “intellectual deserts.”

“The problem is, that society does not want to provide an education to incarcerated individuals,” says Crystal Garcia, the Inside-Out professor at IREF. “This short-sighted thinking results from the belief that providing education rewards people that are incarcerated. The reality is, though, that we are hurting ourselves if we don’t do this … because they’re coming home.” 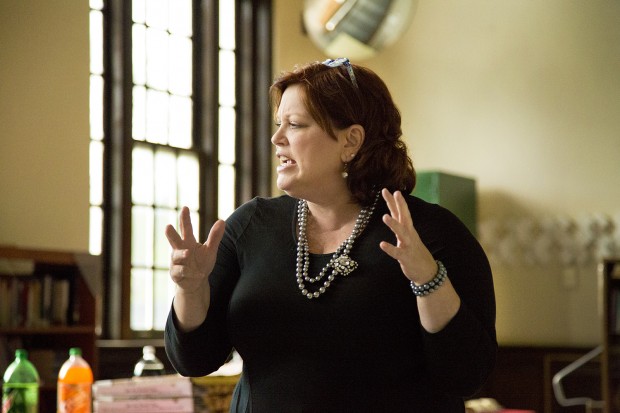 Through the decline in the number of college courses offered in Indiana’s prison landscape, Inside-Out has remained. In the past decade, over 600 inside and outside students have participated in the classes.

[pullquote]”They were surprised when I hammered home that their voices matter. Unfortunately, many of them had never heard that before.”[/pullquote]

“Several students in class were shocked when I told them their writing was wonderful and that their work was excellent,” Garcia says. “They were surprised when I hammered home that their voices matter. Unfortunately, many of them had never heard that before.”

Over 20,000 inside and outside students have taken part in these classes in North America, according to Pompa. 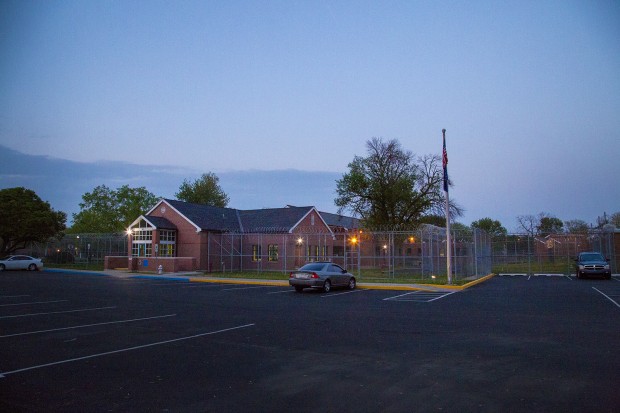 The Indianapolis Re-entry Educational Facility is designed to transition men at the end of their sentences back into society. Residents are encouraged to wear civilian clothing, unlike at higher security facilities. (Peter Balonon-Rosen/Indiana Public Broadcasting)

Dariek says he grew up in a violent house in a violent neighborhood. At 14, he says, he was incarcerated for murder and armed robbery.

Dariek says he intended to commit the robbery, not the murder.

“It’s misconceptions about us being bad people and we can’t do no good,” Dariek says. “So classes like this open your eyes and show you that you can be more than what people say about you.”

IUPUI senior Leah Hession says the same lesson is true for outside students. She remembers a conversation with an inside student about her life plans.

She tells him she’d like to work in community corrections, but he pushes her.

“And he goes ‘you speak with such passion, it’s like a genuine fire within you,'” Hession says. “He goes, ‘I think you know exactly what you want to do, but I think you’re too scared to do it.'”

It’s moments like this, she says, that make the class more like a family, than a college course.

“It’s incredible, that bond that we have,” Hession says. 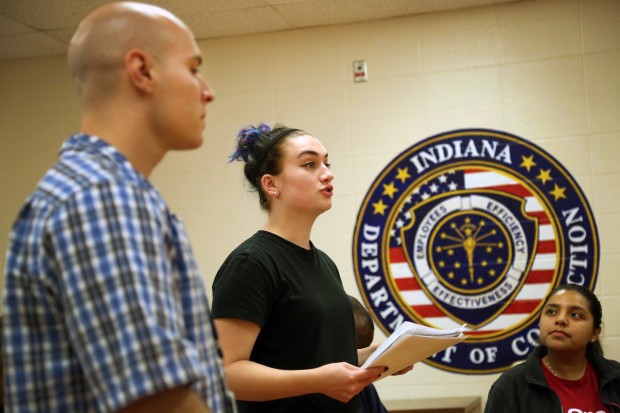 Leah Hession speaks to classmates during an Inside-Out class at Indianapolis Re-entry Educational Facility. She says the class is more like a family, than a college course. (Peter Balonon-Rosen/Indiana Public Broadcasting)

Currently, seven Indiana universities partner with various facilities to offer Inside-Out classes. Some  of them are held at maximum security facilities where people serve life sentences. Others are held at facilities like IREF, where residents’ prepare to re-enter society after serving the majority of their sentences elsewhere.

“Education does provide the springboard for almost everybody to maneuver in society in large,” says John Nally, the Indiana Department of Corrections education director. “You can see and hear the change in people’s attitudes.” 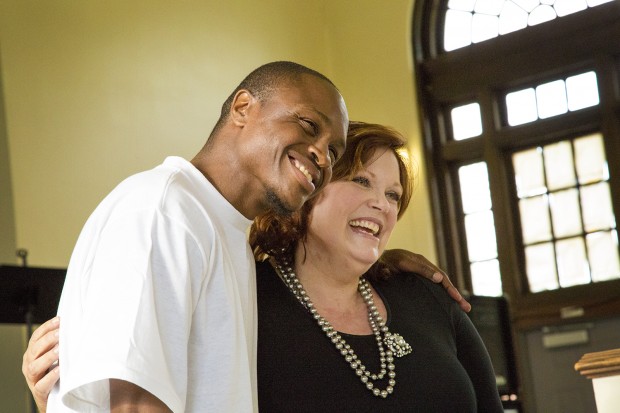 Dariek’s spent more of his life incarcerated than not. At this semester’s graduation ceremony, he tells the class he’s expected to be released next year.

“It’s always been my goal to go back to my juvenile center immediately when I get out. I would like to go back with a monitor on my leg,” Dariek says. “The reason is because I just want the juveniles, them children, to see that one mistake could put you, could end it, could ruin everything for you.”

Dariek and the other students in his class say they’ll carry what they’ve learned on the inside, out with them.