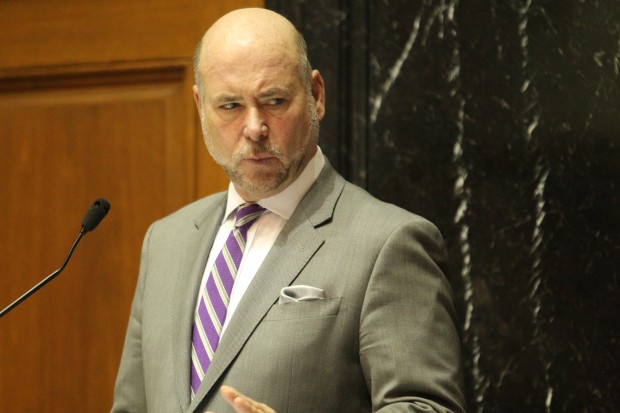 Lawmakers in the House made a few small changes to a controversial sex education bill Thursday, but debate in the chamber also took an unexpected turn.

Senate Bill 65 centers around parental consent to sex education in schools, but when the bill went to the House chamber for changes, Rep. Scott Pelath (D-Michigan City) offered an amendment to shift the entire focus of the bill – specifically, to require active shooter response training for students. Pelath says it was inspired by a phone call with his daughter after last week’s shooting in Florida.

“I said ‘Bella, have you had any training or discussion at school about what to do if there’s an active shooter?’ Her immediate answer was no,” Pelath says.

Pelath says the state actually needs legislation for training students how to respond to school shooters.

House Speaker Brian Bosma (R-Indianapolis) ruled the amendment was out of place, and wouldn’t be considered. That triggered a debate on whether school safety is tied to sex education, and the final decision indicated it isn’t.

Bosma says there are better ways to improve school safety and preparedness in the state, specifically around active shooter situations.

“It’s certainly not the right way to do it: to strip a bill out and cabbage together some mandatory program that doesn’t consider what we are doing already here in the state. It has to be thoughtful,” Bosma says.

However, lawmakers passed an amendment on the bill to reduce the number of days schools would have to wait for parental consent before teaching sex education from 45 to 21 days.