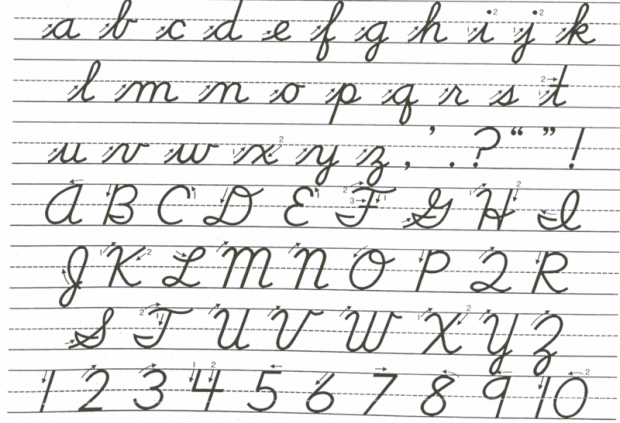 An Indiana University researcher says the lawmaker behind a cursive writing bill approved by the Senate misused her work to support the cause.

Sen. Jean Leising (R-Oldenburg) has filed the same bill to require cursive writing curriculum in schools every year, since 2011. As this year’s bill heads to the House, the graveyard for cursive writing bills past, Leising wrote an op-ed to discuss why such a bill is needed. Part of the piece mentioned IU professor and researcher Karin James, saying her work describes ways cursive writing can help kids better understand and compose words. But James says that’s not her focus.

“So I was surprised to see my research supporting a cursive mandate because I don’t study cursive writing for one thing,” James says.

James says her study focused on the way physically writing letters impacts the way kids’ brains identify letters, not word competency and fluency. Plus, she usually works with 4- or 5-year-olds, who she says can barely hold a pencil, let alone write in cursive.

“My research doesn’t address that question. I’ve looked at cursive writing in brain development in one particular experiment, and found no difference between cursive and printing in those children,” James says.

James says using scientific research incorrectly is a problem, because it has the power to influence a person’s opinion on an issue.

Leising says she sent an apology to James, and won’t use her research in the future.