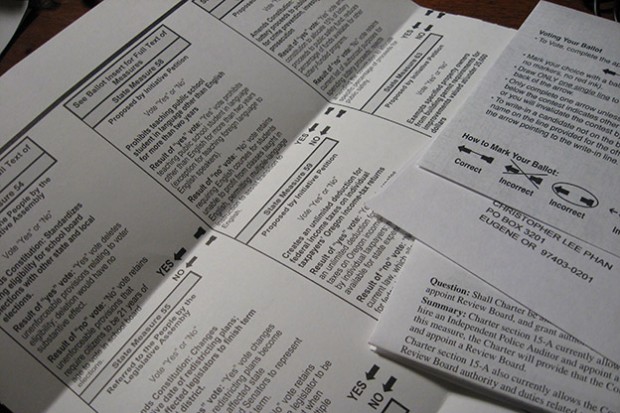 Voters in 10 Indiana school districts will decide on education-related referenda May 3. (Chris Phan/Flickr)

All week we are taking a closer look at the ten school referenda that will appear on ballots around the state May 3. A referendum asks voters in a particular area to choose whether to increase their property taxes to fund schools. We will follow all ten referenda and post results as they come in the night of May 3.

In ballot referenda across the state, school districts hope to make up funds lost to property tax and a new school funding formula. Among those: Southwest Allen County Schools and Argos Community Schools.

“It’s probably the only tax you’re going to pay where you know where every penny goes,” Downs said. “The other taxes go down into the big kiddie pool down in Indianapolis and gets divided up. With this one, every penny goes right to the schools and into fifty people’s pay checks.”

That ballot referendum is set to expire this year. Downs is relying on taxpayers to renew it.

Otherwise, it could mean personnel cuts across the district. According to Downs, roughly 11 percent of the district’s 430 staff get their paychecks from referendum funds.

“We are one of the lowest funded districts in the state, by the funding formula,” Downs said. “In order to compete class size-wise and have class sizes at a level that our parents are comfortable with, that’s what this referendum has been for and that’s what we’re going to continue to use it for.”

Argos County Schools superintendent Micehele Riis says her district has been rocked since school funding changes in the late 2000s. In an email exchange, Riis said the district has lost over $1 million in funding since 2008.

“We are operating with the ‘bare minimums’ which have not hurt our students or families in regards to the education,” wrote Riis. “If the referendum does not pass, we will need to make further cuts to the budget which may result in loss of programs, teachers, and classified personnel, as well as larger class sizes.”

A ballot referendum would give the district approximately $750,000 in generated tax revenue. Riis said that revenue would fund positions including a Math teacher, an eLearning Coach and extra curricular positions — like staff for cross country and robotics programs. She said it would also continue “paying for our contracted services of nurse, school psychologist, speech/language pathologist and vocational teacher.”

So far, the reactions have been mixed.

“We have many supporters who want to see the school remain within the community,” wrote Riis. “There are some that are opposed, and the voices that are heard are our farmers.”

She said the community owes it to the students.