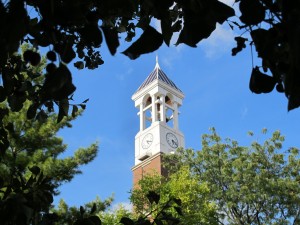 A group of graduate students at Purdue are attempting to form a labor union so they can collectively bargain benefits, wages and grieve unfair labor practices.

Michelle Campbell is a doctoral student in literary studies at Purdue, and says many graduate students work for the university teaching undergraduate classes or work in research labs. Campbell says the doubling of responsibilities makes being a graduate student employee confusing.

“When you’re in that position — where you’re boss might also be your adviser — that creates a lot of gray area about what are your rights as a student versus your rights as an employee,” Campbell says. “We definitely know that we’re learning as students. But we’re also employees, and it’s important to have contracts, rights and responsibilities, not only for the employee but for the employer. Currently those types of protections are not available.”

But creating a union would be hard for this group, according to Joe Varga, assistant professor for labor studies at Indiana University.

A law enacted under former governor Mitch Daniels prohibits state employees from collective bargaining. If the Purdue students got their status changed from students to workers, they would then be considered public employees because Purdue is a state university.

“They really don’t have much legal ground to stand on,” Varga says.

While graduate student unions are a common practice in other states, including neighboring Illinois and Michigan, Varga says they had an easier road than public university students in Indiana will.

“Most graduate student unions are in public universities in states where they don’t have laws restricting whether they can do that,” Varga says.

Campbell says she and other interested students will spend the summer having general union meetings and planning before launching a full membership drive in the fall.