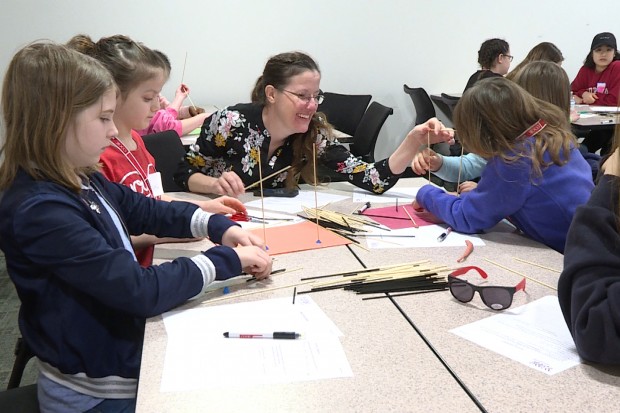 The first activity of the day was for the girls to build a structure out of clay and straws to withstand an earthquake, simulated by shaking a piece of cardboard on top of tennis balls. (Jeanie Lindsay/IPB News)

The U.S. Department of Commerce estimates around a quarter of STEM jobs are filled by women, but an event in south central Indiana this weekend aimed at giving Girl Scouts a chance to hone their inner-engineer.

END_OF_DOCUMENT_TOKEN_TO_BE_REPLACED

Senators Eddie Melton of Gary and Karen Tallian of Portage met today with a group from Gary that came by bus to the Statehouse to protest House Bill 1315.

They object to a bill provision that would turn Gary Community School Corporation’s school board into an advisory committee and limit how many times members can meet in an official capacity. Melton agrees, saying it’s unnecessary to add more restrictions to a district already in an emergency manager’s hands.

“The state is telling our local elected officials they can’t make decisions and they can’t hold meetings to update our community, taking away our voice and our vote.” 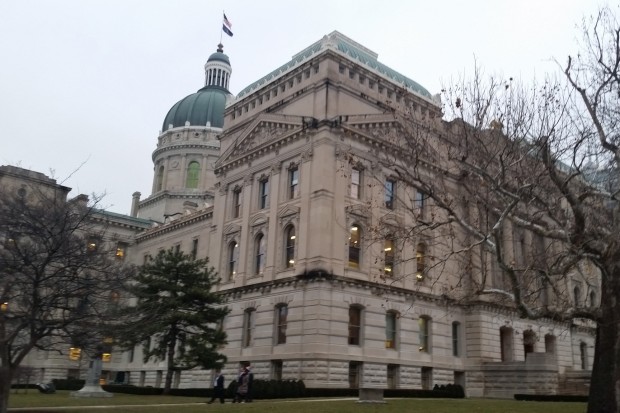 Students with autism in public schools could become the focus of a state study committee.

A senate panel adopted a resolution Wednesday urging lawmakers to study how prepared schools are to work with students on the autism spectrum. END_OF_DOCUMENT_TOKEN_TO_BE_REPLACED

“These efforts must include passing policies which decrease risks, providing support for social and emotional programs to address mental and behavioral health, and approving budgets that increase resources,” McCormick writes. “My office is ready to collaborate and participate in any discussions that address the safety and well-being of Indiana students. School safety is a very complex issue and requires a multifaceted approach to solutions.” 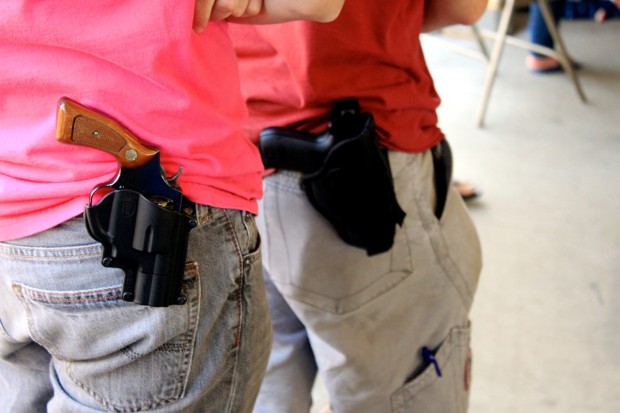 A House panel made changes Wednesday to legislation regarding guns in houses of worship on school grounds.

Current law allows guns in churches but largely bans them on school property. That means licensed gun owners are barred from carrying into church if it shares property with a school.

END_OF_DOCUMENT_TOKEN_TO_BE_REPLACED 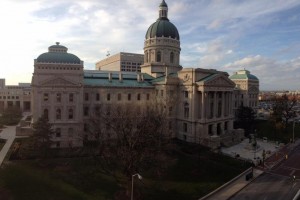 The House Education Committee approved a controversial sex education bill Tuesday, and some members say a few key changes could make them more receptive to the legislation.

Senate Bill 65 says schools can’t teach sex ed without the consent of parents – shifting the current opt-out system to an opt-in – but an amendment to the bill limits how many days a parent has to return a sex education consent form for their child. Rep. Vernon Smith (D-Gary) says he could support the bill as it heads to the full chamber, with a few more adjustments.

END_OF_DOCUMENT_TOKEN_TO_BE_REPLACED 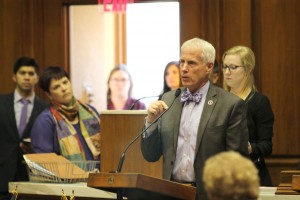 School coalitions could become a new feature of the state’s education system, as lawmakers consider another pilot program to better prepare students for life after high school.

The bill making its way through the general assembly would allow some school corporations to form a sort of mega think-tank, or coalition.

A big focus would be on offering more, better workplace learning programs, but would also include paths for students to earn higher education credits. A key piece of the bill says coalition school corporations would be allowed to waive some state requirements – including things like the amount of time students spend in certain classes – to make that happen.

END_OF_DOCUMENT_TOKEN_TO_BE_REPLACED 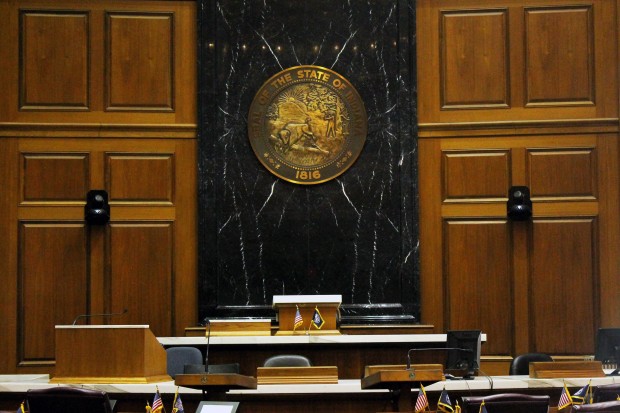 One of the first bills headed to the governor’s desk this session will allow Indiana students to easily carry and apply sunscreen at school. (Lauren Chapman/IPB News)

One of the first bills headed to the governor’s desk this session will allow Indiana students to easily carry and apply sunscreen at school.

That’s as some lawmakers grumble about why the bill was necessary.

END_OF_DOCUMENT_TOKEN_TO_BE_REPLACED

Four students talked about the benefits of local school-to-work programs, which give them hands-on experience in fields they’re interested in pursuing. The students say they’re especially helpful for those interested in engineering.

Holcomb says one of the most encouraging parts of the discussion was the fact that three out the four students participating were women.

Governor Eric Holcomb joined local and state officials in Columbus Friday as part of his efforts to improve workforce development. He participated in a round table discussion that included representatives from the Community Education Coalition and the Economic Opportunities Through Education Network.

This national competition is sponsored by Discover E – an organization committed to encouraging careers in the engineering fields.

Carol Dostal, the Director of Outreach for the College of Engineering, Technology, Computer Science at IPFW, and the Indiana coordinator for the Future Cities competition, said the benefit of the competition goes well beyond science and engineering.

“There is a strong liberal arts component to it,” Dostal said. “The students have to write an essay they have to do research, but then they have to present their city to a panel of judges.”

During that presentation time, the students have to defend what they’ve designed via a three-minute question-and-answer session.

In January, area middle schools headed to IPFW to via for the regional finals of the Future Cities Competition. The contest features tabletop models of future cities. If you spend any time with middle schoolers, it’s rare to hear these words.