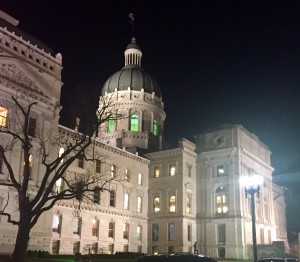 Legislation that would fix a school funding shortfall unanimously passed out of a key General Assembly committee Wednesday.

The proposal would make up to $75 million dollars available this and next academic school year.

Public schools currently face a $16 million deficit but lawmakers expect it to grow earlier next year when more data on students is available. Another shortfall for the 2018-19 school year could also happen, they say.

The funding gap was caused by a miscalculation in school enrollment. Around 6,300 more students attended public schools than expected this year.

“The good news is that our public schools are growing,” she says. “The fears of an exodus to choice schools seem to be unfounded at this point.”

HB 1001 is expected to be amended in the full House Thursday.