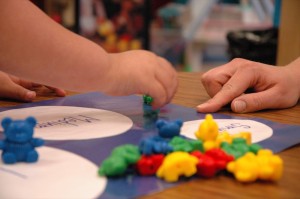 She wants to lower the compulsory school age from 7- to 6-years-old.

It’s an effort that has stalled in the past even as Indiana is one of 16 states with a compulsory school age of 7 or older.

Legislative leaders say that’s in part because nearly all young children already attend some type of formal schooling before they turn 7.

A 2015 report by Education Week found less than 74 percent of eligible Hoosier children were enrolled in kindergarten programs in 2013. The report was based on U.S. Bureau of Labor Statistics data.

Yet the state’s non-partisan Legislative Services Agency has reported only around 1 percent of students did not attend kindergarten in 2013.

McCormick says lowering the compulsory school age from seven to six would benefit the same at-risk children the state wants to help with its limited On My Way Pre-K program.

“So those are the very kids that we’re trying to target for pre-K that we would like to see that continuation through kindergarten,” she says.

Legislation from Statehouse Democrats in 2015 to require kindergarten by lowering the compulsory school age from seven to five failed. During that year, House Education Committee Chairman Robert Behning (R-Indianapolis) said the issue was not a big deal due to state data showing a high rate of kindergarten attendance.