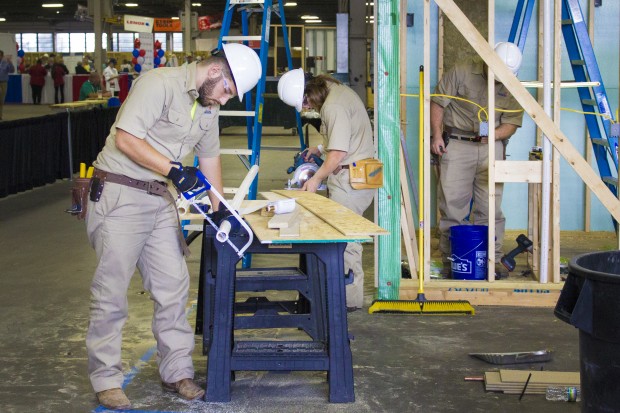 What’s the point of high school? To get students ready for college or the workforce?

For years, Indiana officials have gone back and forth.

“Indiana has tended to shift one way and say ‘everyone needs a four year degree’ and then we shift the other way and say ‘we just need technical certifications,'” says Molly Deuberry, Indiana Department of Education spokesperson. “Really, the truth is in the middle, we need a great mix of all of those things.”

A new state law could allow job training programs to replace other high school graduation requirements. The law requires the State Board of Education to develop new pathways to high school completion.

It comes just as job training in Indiana high schools has taken on a new life — and new name.

“I think there’s a negative perception associated with the term ‘vocational training,'” Deuberry says. “Instead it is kind of like job training program. It’s so much bigger.”

So, out with the old, in with the new. The term “vocational education,” which has been around since 1917, is considered by many to be a relic of the past.

“I think one of the stereotypes of it is that it’s dark or it’s dirty or it’s just for guys,” Deuberry says. “Well that’s not how it is anymore.”

And, it has a new name: career and technical education.

Career and technical education programs are growing across Indiana. Today, students learn skills from welding to 3D printing to cooking – not just shop class skills, as was common in the past.

The state has struggled to make programs available in rural areas. And overall, students enrolled in career and technical education programs pass algebra exams at higher rates than peers, but lag behind on English exams. 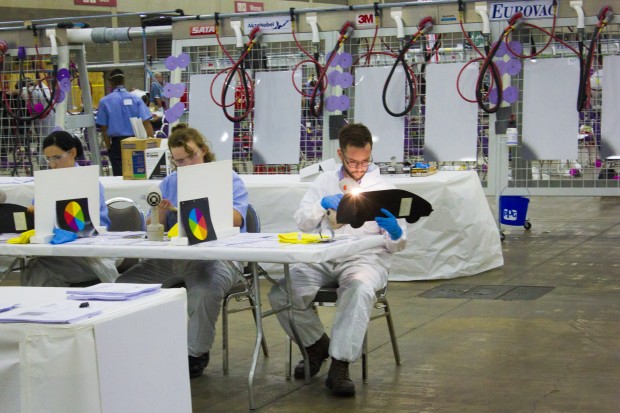 To get a glimpse at what, exactly, students learn in these programs, there’s no better place than the Skills USA national conference. The annual gathering, this year in Louisville, is like the national spelling bee, but for job skills.

Over 6,000 students, the best from every state, face off in hands-on skilled contests.

And also, areas a little surprising. A voice carries over a P.A.

“You will perform a uniform layered haircut,” an announcer says.

About 35 high school students clad in white technician coats listen attentively to instructions. Underneath bright lights, students cluster around long tables. On each sit rows of mirrors. Competitors eye mannequin heads that sit in front of each mirror.

“You have forty five minutes, you may begin,” the announcer says.

And contestants get to snipping.

“Ok, so when I first walked in, I was really nervous,” says Bridget Griffin. “I was comparing myself to every person in the room.”

Griffin, a recent graduate of Wawasee High School in Syracuse, Indiana, competed in the hairstyle competition representing Indiana. She sized up her competition and then focused on the task at hand.

“I was really coasting through it,” Griffin says. 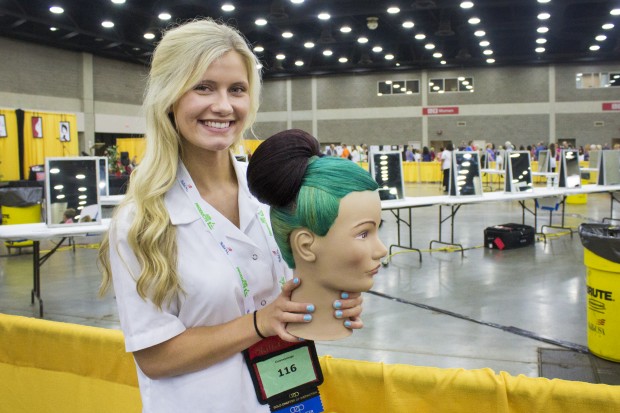 Griffin’s grandma was a cosmetologist. Griffin always dreamed of being one too. So she took cosmetology classes through this year, her senior year.

“I don’t know, I just have, like a fire burning inside of me when I’m doing it,” Griffin says. “And I just love to make people feel beautiful.”

She says it gave her a reason to go to school. And she now holds a professional certification.

The competition ends and there’s just one thing left: wait for the results. 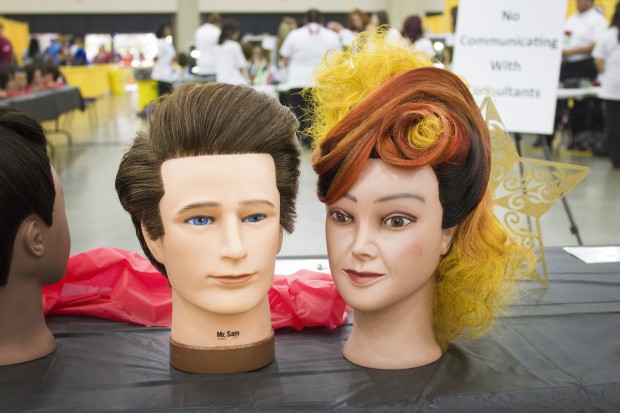 How Do We Know It’s Working?

Beyond competitions, how can we know job training programs are effective? The state doesn’t grade them like they do schools and districts. But they collect a lot of data that could evaluate how they work.

For instance, students in the programs tend to graduate more than their peers. More students come from cities than rural areas. Most actually do head to college.

And about half leave high school with professional certifications.

Students like Griffin. She placed 17th in the nation in the hairstyling competition.

“I feel a little disappointed in my scores, but I think it was really good,” Griffin says afterward. “I mean, I did my best there and it was really fun.”

She’s recently graduated and she’ll take clients soon. Something not everyone fresh out of high school can say.