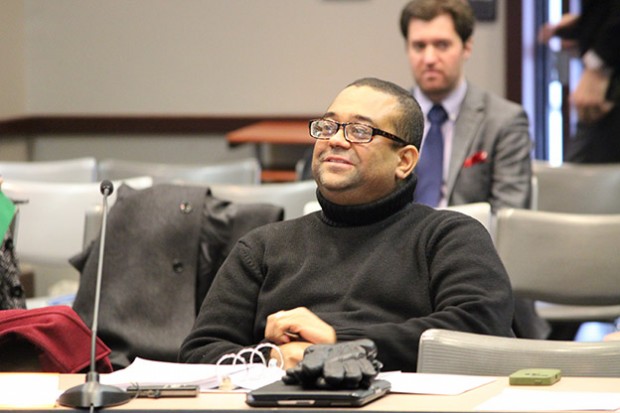 Tony Walker listens during a State Board of Education meeting in 2014. He vacated the board when a law dictated a restructuring of members, but Gov. Holcomb re-appointed him after a recent vacancy. (Photo Credit: Rachel Morello/StateImpact Indiana)

Mote is from Madison and is the current intermin chancellor for Ivy Tech Community College’s Columbus/Southeast Region. She replaces Lee Ann Kwiatkowski, who resigned her position to work as state superintendent Jennifer McCormick’s chief of staff.

Tony Walker is an attorney in Gary, and replaces former board member Eddie Melton, who left when elected to the Indiana Senate. Walker previously served on the board, but left when the legislature restructured members a few years ago. That legislation came after years of fighting between the board and former state superintendent Glenda Ritz.

Walker is on the board for Thea Bowman Leadership Academy, a charter school in Gary.