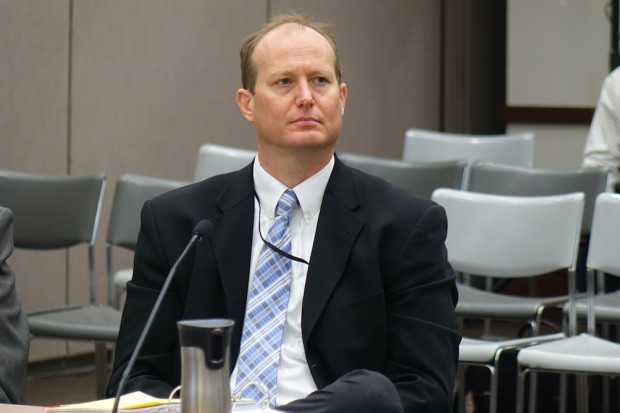 The Indiana State Board of Education approved four private schools with a history of low performance and academic failure to accept publicly funded vouchers to cover tuition for incoming students during a meeting Wednesday.

The schools had lost their ability to enroll new students in the Choice Scholarship Program because they had been rated a D or F on the state’s accountability system for at least two consecutive years.

A law recently signed by Gov. Eric Holcomb allows private schools in this situation to seek a one-year waiver from the standard rules that require years of academic improvements to again become eligible for vouchers.

The board voted 6-2 for each of the four schools’ requests – three from Indianapolis and one from Fort Wayne.

Gordon Hendry of Indianapolis, one of those no votes, raised concern about the law’s ambiguity on how to decide if a school “demonstrated academic improvement” in determining whether to grant the waiver.

Having a second year of school’s improved state A-F grade would offer more insight into sustained improvements. Hendry has noted before that a change in how A-F grades are calculated resulted in fewer schools receiving D and F grades.

Yet other members argued that the accountability was in parents’ hands. If parents felt a school was not offering a quality education, they could enroll their children somewhere else, says Vince Bertram.

“But to hear students needs are being meet at a particular school, from my perspective, is the most compelling issue,” Bertram says. “I agree accountability is important but I don’t think accountability is applied uniformly.”

School leaders, parents and students testified in favor of the schools during the hearing.

Board staff recommended all schools be approved for the waiver – three from Indianapolis and one from Fort Wayne.

Last month, three of the schools were denied their request when the board was unable to reach the statute requirement of approval, even though a majority of members presents voted in favor.

At the May meeting Bertram was absent, leaving only eight of nine members present. During Wednesday’s meeting only eight members were present again, when State Superintendent Jennifer McCormick — a no vote from last month — was out sick.

The fourth school making the request, Trinity Lutheran School, received three consecutive Fs and is now rated a B. Without a waiver, they would be required to earn a C grade or higher in the next two years of state A-F grades.

Originally intended as a small program for poor students in failing public schools, the Choice Scholarship Program grew to the largest voucher program in the country with 34,000 students taking part this year as the eligibility requirements expanded, allowing middle-class and students who never attended a public school to enroll.