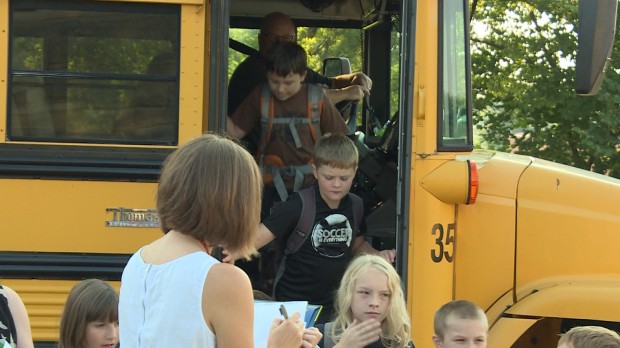 Funding for education, which is more than half of the state’s $32 billion biennium spending plan, includes $345 million in new dollars for English-language learners, private school vouchers and a 1.6 percent increase in per-student funding in 2018 fiscal year. (WFIU/WTIU)

Indiana schools will receive more money per student as part of a two-year state budget compromise hashed out between House and Senate lawmakers in the past few days.

Funding for education, which is more than half of the state’s $32 billion biennium spending plan, includes $345 million in new dollars for English-language learners, private school vouchers and a 1.6 percent increase in per-student funding in 2018 fiscal year. That will increase to 1.7 percent in 2019 fiscal year.

The budget also rewrites the process for allocating top teachers bonuses, so educators in low-performing districts are not shortchanged.

“We were pleased to see the budget reflected more of the Senate version regarding tuition support. Any increase to PreK-12 is always appreciated. An increase to the foundation is critical for our students and educators,” State Superintendent Jennifer McCormick said in a statement. “We are cognizant there is not a limitless pot of money; however, we were hoping to see additional dollars in career pathways and the complexity index through the formula.”

But Rep. Greg Porter (D-Indianapolis), said the funding increase was similar to the budget during the Great Recession.

“We have over 100 school corporations that will lose money in the first and second year,” he said before the House voted on the bill.

When McCormick outlined her two-year budget proposal for education, she kept the request conservative but did urge the general assembly to search for some “wiggle room” when finalizing the spending plan for 2017-18 and 2018-19.

It’s hard to say if lawmakers headed that request.

The K-12 school funding formula offers a 3.3 percent total increase per students in 2019 from current levels.

Lawmakers have supported increasing the basic tuition support by reducing complexity, a funding stream that supports high-poverty school corporations. In this budget, it will be cut back by 13 percent over the two years.

“All the money goes into the foundation so every child, in every district across the whole state receives the support of that money going up,” he said. “We have in the last four years, increased on average of $100 on foundation support of each child. I am proud of that.”

Here’s are portions of the K-12 education budget and related items:

Teacher Appreciation grant: $30 million per year, a $10 million cut from the current level. This program is intended to reward a district’s top-rated teachers. Districts will receive $30 per student to divide among qualifying teachers. In the past two years, the program was criticized for divvying bonuses inequitably – teachers in districts with higher test scores received much higher bonuses than teachers in many urban school corporations.

Testing: This stays at $26.3 million for each year. It includes funding for assessments, including ISTEP+ and its replacement, and end of course assessments.

Textbook reimbursement: This stays at $39 million for each year. It reimburses schools for costs to provide textbooks, workbooks, and instructional materials.

Adult learners: This stays at $36.9 million for each year. The funding is dedicated to 13 charter schools that serve around 4,000 adult students.

Special education: This stays at $24 million for each year. It is dedicated to students with “exceptional needs,” and it covers the cost of students who receive care at out of state facilities.

Summer school: This stays at $18.3 million for each year. It funds summer courses at elementary, middle, and high schools.

Advanced placement exams: This stays at $5.2 million for each year. It covers fees for all students who qualify for Advanced Placement exams.