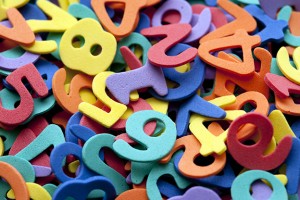 One of the biggest education bills this session seeks to expand the current pre-K pilot program, but the current version of the bill includes funding a new, home school preschool option.

One part of the bill allocates $1 million per year for digital preschool services for families to use at home.

Lawmakers have indicated if this part of the bill remains in tact, the state will use an online program called Upstart to provide families with digital, in-home preschool.

Parents can use Upstart’s online program at home, and according to the website, a child who uses the program 15 minutes a day, five days a week will be ready for kindergarten, according to an assessment children take after completing the year-long program. The Utah Department of Education currently uses the program, which focuses on reading skills. Schools in New Albany, Indiana, recently adopted the program to help boost reading skills for kindergarten through second grade students.

Claudia Minor, executive director of Upstart, says if a family already has internet access the program costs $1,000 per year, and if they need internet and a computer, it is $2,000 a year. That figure falls below state-funded tuition for in person pre-K, which can cost up to $5,000 per child per year.

Preschool advocates rally against the digital model. They say limited funds should be used to support brick-and-mortar preschool providers which have had proven results. They also argue digital learning cannot replace a trained teacher.

Lawmakers forming the state budget will likely decided whether or not to allocate state-funding for digital in-home preschool. Lawmakers generally hear the budget last during the session. This year’s legislative session is expected to end Friday, April 21.