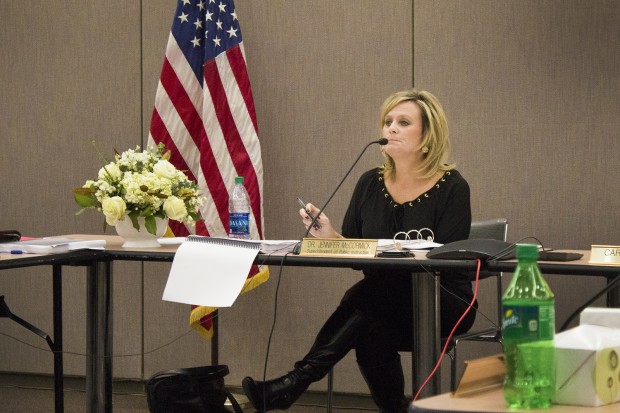 The Senate is considering a House bill that would, once again, revamps the state assessment, the ISTEP+. The current version of the bill has students taking the new test next year. This concerns McCormick and others at the Department of Education.

The legislature scrapped an old version of the ISTEP+ a few years ago, and the test had to be re-written quickly because former governor Mike Pence removed the state from Common Core standards. The quick turnaround meant confusion and issues with the rollout.

“We’ve got to blueprint, we’ve got to vet, and we’ve got to get it right,” McCormick says. “To roll it out in 2018, we could do it, but it might not be pretty. And we’ve tried that before as a state, and we didn’t get it right.”

She also suggests additions to the bill, including computer adaptive testing – a mostly digital test where followup questions are based on student answers. So a correct answer gets one followup, and an incorrect answer gets another. Bill author Rep. Bob Behning (R-Indianapolis) has opposed this option, but some believe it measures student ability more precisely.

McCormick also advises the committee drop its preference for a test unique to Indiana. While the text must match state standards, she says the state can appropriate already-written test questions to save time and money.

For grades 3 through 8, she says is can buy banks of test questions from other vendors, and for high school, she suggests using the SAT as the state assessment. She says this would reduce testing time by half.

“Indiana has had many years to prove we are not good test builders,” McCormick says. “To continue down that track, in my opinion, is not very responsible.”

The bill is still in the Senate Education Committee and open for amendments.