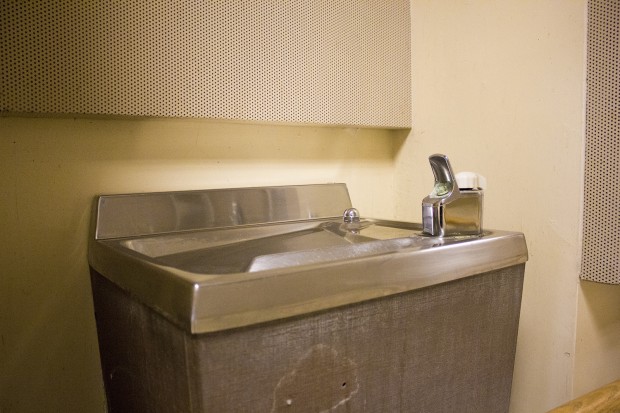 The Indiana Finance Authority will offer free drinking water tests at all of the state’s public schools.

The program, which was launched last week, will allow interested school districts to apply to the authority for lead testing in water sources. Water sources may include drinking water fountains, ice machines, food-preparation sinks, and other fixtures that provide water for human consumption.

Jim McGoff, the authority’s director of environmental programs, expects to find most schools at a satisfactory level, but says there is a plan in place for schools with elevated lead levels in drinking water.

“If a sample test reveals elevated lead levels, the IFA and Indiana Department of Environmental Management will work with the school district to map out next steps to address the situation,” McGoff said, in a statement.

The move from the Indiana Finance Authority has been planned for months, but quickly follows a lead contamination crisis in East Chicago, Indiana.

There, federal authorities found arsenic and lead levels in soil, more than 100 times the legal limit. The residential neighborhood is now a federal Superfund site, and Gov. Eric Holcomb declared it a disaster emergency.

As Indiana Public Broadcasting has previously reported, in an unrelated case, the federal Environmental Protection Agency also found lead in the city’s water.

The Environmental Protection Agency has found unsafe levels of lead in the drinking water of some homes in East Chicago, Indiana.

The city is already grappling with high levels of lead and arsenic found in the soil around homes inside its EPA toxic waste clean-up site, or Superfund.

That contamination came from a former smelting plant in the area. But an EPA spokesman says it’s “not possible for lead from contaminated soil to get into your tap water.”

Instead, he says the lead in the water likely came from city service lines or plumbing. It was found in 18 homes out of 43 inside the Superfund, tested this fall as part of an EPA pilot program.

The spokesman says there are no plans to expand that program, but that the state and city are “taking action to reduce lead levels in the drinking water system.”

Hundreds of schools and daycares across the nation exposed children to water containing excessive amounts of lead. And, according to data from the U.S. Environmental Protection Agency, about 350 schools and day care centers failed lead tests almost 500 times from 2012 through 2015.

The Indiana School for the Deaf in Indianapolis sampled its water this year “out of an abundance of caution” and found two water fountains with high levels: one initially testing at 130 ppb and the other at 519 ppb. Both were taken out of service with plans to replace them.

And, as we’ve reported, the National Association of State Boards of Education is developing a national protocol for schools to respond to lead contamination.