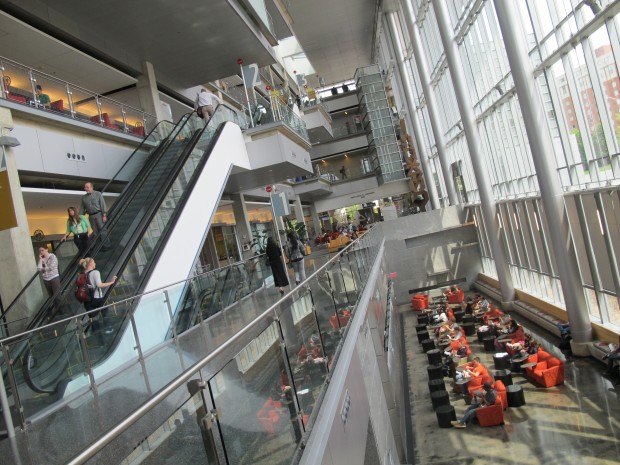 A group of six Indiana colleges will launch an initiative to double the number of students of color graduating with science, technology, engineering and math degrees.

The Indiana STEM Louis Stokes Alliance for Minority Participation will begin in December to increase Indiana’s STEM minority pipeline. The $4.8 million project is funded by the National Science Foundation.

Participating schools include Indiana University-Purdue University Indianapolis, IU Bloomington, Ball State University, IU Northwest, IU South Bend and Ivy Tech Community College Indianapolis. Over five years, they hope to double the number of STEM degrees awarded to students of color from 295 during the 2015-16 school year to 590 by the 2020-21 school year.

“It is attainable, you just need to put in the work,” says Pamella Shaw, associate dean for diversity, equity and inclusion at IUPUI. Shaw led a similar 2013 project out of Purdue University.

To do so, the schools will look to future generations. They plan to enroll high school students in college level classes to prepare them for college.

“Transition them here to IUPUI and other institutions because they have a large number of diverse students,” Shaw says.

“Math, usually, is where we find students struggle the most because they don’t come prepared from high school,” Shaw says. “And math becomes very key when they’re doing chemistry and physics and the other sciences.”

Students will be provided with a structured, online math mentoring program.

Shaw acknowledges that doubling the amount of students of color with STEM degrees to 590 would still leave a lot of work.

“We have to start somewhere. We really do,” Shaw says. “If you multiply that times the hundreds of [colleges] across the U.S. that are doing this, it becomes a great movement.”