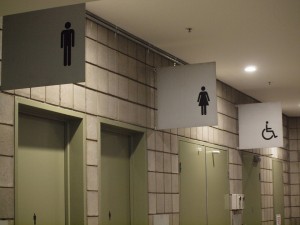 The White House released guidance in May to public schools saying they must allow transgender students to use bathrooms that match their gender identity. (Pixabay)

The Supreme Court announced last week it will take up the case of transgender students using bathrooms that match their gender identity.

NPR reports the case centers around a high school student in Virginia:

Gavin Grimm, a 17-year-old senior in Gloucester County … came out as transgender when he was a freshman in high school. The school principal allowed him to use the boys’ bathroom, until some parents complained, and the school board adopted a policy that required students to use the bathroom that corresponds with their biological sex, or a separate single-stall restroom office.”

So Grimm, who has been taking hormones and has grown facial hair, sued the school board. In April, the U.S. Court of Appeals for the 4th Circuit agreed that his case could proceed. Gloucester County then petitioned the court, and in August, the justices ruled 5-3 that the school board did not have to follow the lower court’s order. Justice Stephen Breyer said he voted to stay the lower court order as a “courtesy” to maintain the status quo while the court considered whether to hear the lawsuit.

Earlier this year, the Obama administration released guidelines to schools saying schools must allow transgender students to use the bathroom of the gender they identify with.

We reported on that guidance and how schools around the state were reacting.

The Supreme Court will hear the case sometime next year.