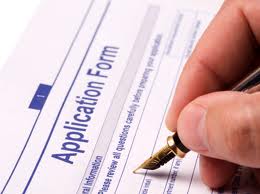 The program provides low-income students up to four years of undergraduate tuition at participating public colleges or universities.

“Indiana’s 21st Century Scholarship program has helped more than 30,000 low-income and first-generation Hoosier students gain the life-changing benefits of a college degree,” said Indiana Commissioner for Higher Education Teresa Lubbers, in a statement. “Indiana needs more partnerships like this one in every corner of the state.”

The organizations will select students who qualify for the 21st Century Scholars program from Indianapolis Public Schools, Warren Township, Wayne Township and Archdiocese of Indianapolis Catholic schools. The partnership will also provide food and transportation for IU Bloomington visit.

“This partnership has the power to transform the lives of hundreds of students who may not have pursued higher education on their own or even considered it an option for their future,” said Emil Ekiyor, Vice President of the Indianapolis Chapter of Indiana Black Expo, in a statement.

In a recent Harvard University study, Marion County was ranked among the country’s worst county for upward economic mobility. Limited access to to quality education and affordable college were listed as one of the barriers.

“The likelihood of a child moving from the bottom fifth of income into the top fifth in Marion county have become almost impossible, according to the research,” said Ekiyor, in an email. “The [initiative] is one of many paths towards upward mobility.”

It also comes at a time that colleges and universities across the nation work to diversify their student bodies.

Two units in IU’s Office of the Vice President for Diversity, Equity and Multicultural Affairs will work with participating organizations and students.

“There’s a misconception that college is only accessible to certain people, but that isn’t true,” said Yolanda Treviño, IU assistant vice president of strategy, planning and assessment, in a statement. “This partnership allows us to connect students with IU and make them aware of programs like 21st Century Scholars that provide financial support to program participants.”