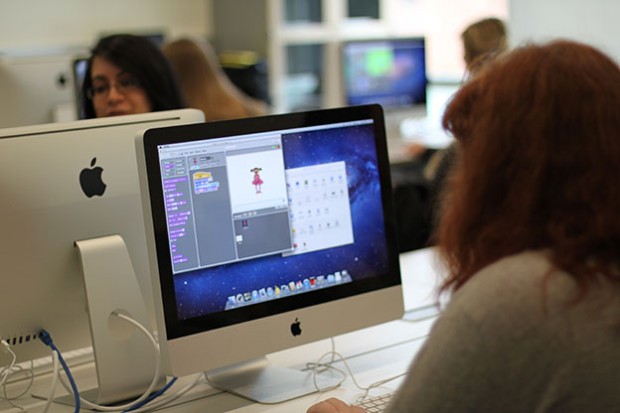 The Indiana State Board of Education decided Wednesday to delay any action against the chronically failing Hoosier Academy Virtual Charter School. (WSU Vancouver/Flickr)

INDIANAPOLIS — The Indiana State Board of Education decided Wednesday to delay any action against a chronically failing online school, opting instead to wait to decide whether Hoosier Academy Virtual Charter School should shut when the school year ends.

For the past 5 years, Hoosier Virtual Academy has consistently received an “F” grade in the state’s A-F ranking, largely due to low scores on state ISTEP+ tests. Three of every four students failed ISTEP+ tests in 2015.

The move to defer any action came amid concerns that announcing closing the online school could negatively affect its 4,000 students, if teachers jump ship for other jobs, plus reports that the school was improving in teacher training and communication.

“We’ve seen some turnaround work going on in the school itself,” said Ritz.”And we were presented with another charter school in the same space, so we have a lot to consider.

This second point deserves some explanation. In what appeared to be a last ditch effort to save the online school — which until Wednesday’s meeting seemed on the brink of closure — Hoosier Virtual Academy officials and their authorizer Ball State created a second, spinoff charter school.

That school, the Insight School of Indiana, was created in July. Like Hoosier Virtual Academy, Insight is authorized by Ball State, but has a separate charter, separate leadership and more supports for students social-emotional needs.

But the two schools operate under the same institutional umbrella, bringing criticism from multiple board members.

Instead of taking any action to definitely keep the online school open or closed, the state board voted to require Ball State to deliver a January report on the school and to decide the school’s fate in April.

The vote was unanimous with board member Byron Ernest abstaining. He’s the head of Hoosier Academies, the network of online Indiana charter schools that operates Hoosier Virtual Academy.

Hoosier Virtual Academy uses a curriculum and online platform provided by K12 Inc., the nation’s largest for-profit virtual school provider. Students take all their classes from home, online, and can complete their coursework on their own schedule. In recent years, K12 schools have faced mounting criticism for low test scores and misuse of funds.

The state board of education meets again on October 5.