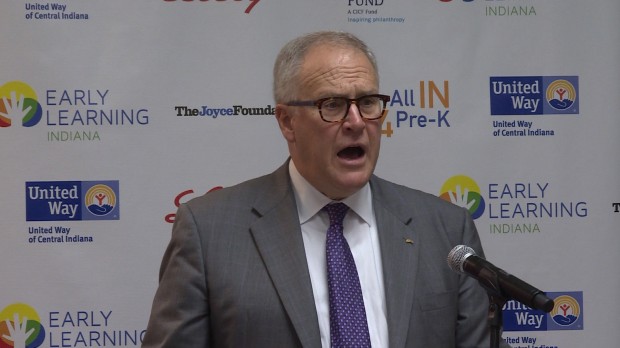 A coalition of business, philanthropy, government and education leaders say they are determined to push lawmakers to expand state-funded preschool in the upcoming legislative session.

Lechleiter says the state’s pre-k pilot program is just not enough to meet demand. Only 2,300 families of low income three and four years old in five counties received scholarships in the past two years.

“We believe that families and their children in all of Indiana’s 92 counties should have access to high quality, early learning environments,” Lechleiter said.

The group says they will directly lobby lawmakers to pass new laws in 2017. While no specific legislation has been drafted, they want to see broader income-eligibility requirements for pre-k and elimination of matching funding for counties.

This group will lobby the legislature to provide pre-k scholarships for families that meet certain income guidelines, and not free preschool for all. Universal pre-k in Indiana is something state superintendent Glenda Ritz and Democratic gubernatorial candidate John Gregg are advocating for.

Currently, the state provides pre-k scholarships for low income families through its pilot program, On My Way Pre-k. The pilot granted scholarships to a few thousand kids in five counties.