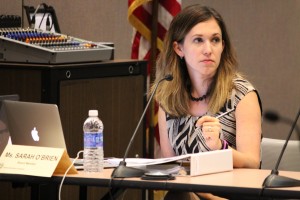 State Board of Education vice chair Sarah O’Brien announced Thursday she will resign from her position on the board.

O’Brien says she is stepping down to care for her daughter who was “dealt with a variety of medical issues over the years.”

In a statement, O’Brien said she is proud of the work accomplished by the board during her tenure.

“I have served on this board for over seven and a half years and continue to be proud of the work that has been done to improve education for all Hoosier students,” O’Brien said in a statement. “I strongly believe that we have increased the quality of educational opportunities across our state and have confidence that this board will continue to do so in the years to come. I consider it a great honor to have had the privilege to work alongside all of you and hope that our paths will cross again in the future.”

Former governor Mitch Daniels appointed O’Brien in 2009 to represent the fourth congressional district on the board, which covers Avon, Lafayette and Kokomo. She is a fourth grade teacher in Avon.

Governor Pence reappointed her in 2013, so O’Brien’s replacement will serve the remainder of her term which ends in 2017. The governor will have to appoint her replacement, but they don’t have to be from the fourth congressional district.

O’Brien’s last day on the board will at its August 10 meeting.